The climate industry is costing taxpayers $79 billion and counting 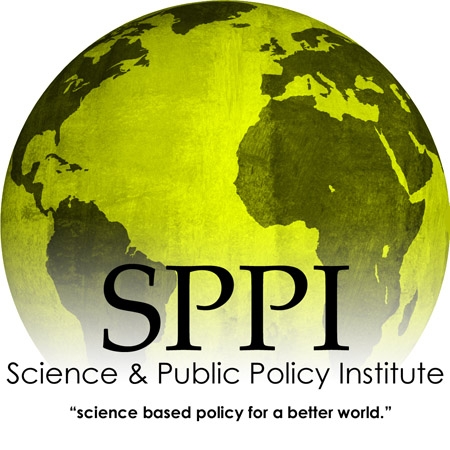 The Science and Public Policy Institute announces the publication of Climate Money, a study by Joanne Nova revealing that the federal Government has a near-monopsony on climate science funding. This distorts the science towards self-serving alarmism. Key findings:

Ø      The Government has spent more than $79 billion of taxpayers’ money since 1989 on policies related to climate change, including science and technology research, administration, propaganda campaigns, foreign aid, and tax breaks. Most of this spending was unnecessary.

Ø      Despite the billions wasted, audits of the science are left to unpaid volunteers. A dedicated but largely uncoordinated grassroots movement of scientists has sprung up around the globe to test the integrity of “global warming” theory and to compete with a lavishly-funded, highly-organized climate monopsony. Major errors have been exposed again and again.

Ø      Carbon trading worldwide reached $126 billion in 2008. Banks, which profit most, are calling for more. Experts are predicting the carbon market will reach $2 - $10 trillion in the near future. Hot air will soon be the largest single commodity traded on global exchanges.

Ø      Meanwhile, in a distracting sideshow, Exxon-Mobil Corp is repeatedly attacked for paying just $23 million to skeptics—less than a thousandth of what the government spends on alarmists, and less than one five-thousandth of the value of carbon trading in 2008 alone.

Ø      The large expenditure designed to prove the non-existent connection between carbon and climate has created a powerful alliance of self-serving vested interests.

Ø      By pouring so much money into pushing a single, scientifically-baseless agenda, the Government has created not an unbiased investigation but a self-fulfilling prophecy.

Says Nova, “For the first time, the numbers from government documents have been compiled in one place. It’s time to start talking of “Monopolistic Science”. It’s time to expose the lie that those who claim “to save the planet” are the underdogs. And it’s time to get serious about auditing science, especially when it comes to pronouncements that are used to justify giant government programs and massive movements of money.”

“Joanne Nova, who wrote our study, speaks for thousands of scientists in questioning whether a clique of taxpayer-funded climate modelers are getting the data right, or just getting the “right” data. Are politicians paying out billions of our dollars for evidence-driven policy-making, or policy-driven evidence-making?  The truth is more crucial than ever, because American lives, property and constitutional liberties are at risk.”