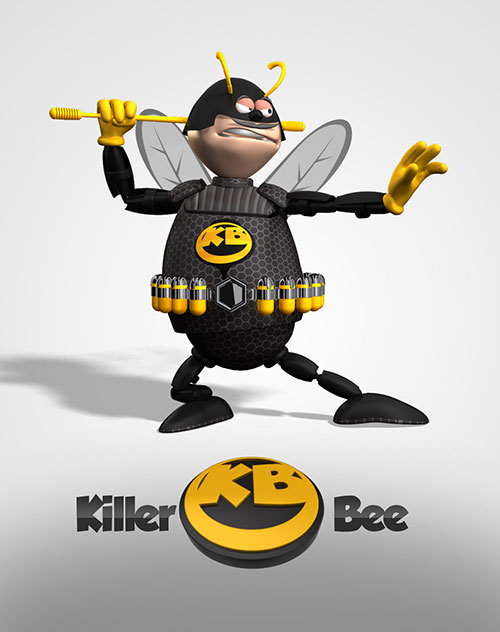 In May of 2012, Electronic music titan DJ Laidback Luke teamed up with comic book legends Stan Lee and Todd McFarlane along with talenthouse.com to run a contest encouraging users to express their creativity by designing a superhero costume for Laidback Luke to wear to a party this summer on New York’s Governors Island.

“We’ve teamed up to give all you comic book artists, super heroes in training and masked crusaders the chance to bring your own greatest superhero creation to life,” said Stan Lee when the contest was announced.

Stan Lee is considered the most influential man in comic book history. He’s the creator of Marvel comics and the mind who brought iconic superheroes like Captain America, Spider-Man, the X-Men and many, many more to the public. No other person in history has created more world famous super heroes.

Todd McFarlane is a cartoonist, writer, toy designer and entrepreneur. He is considered one of the greatest comic book artists of all time. His work on Spider-Man led to a renaissance for the character in the 1980’s and 90’s, his character Spawn is one of the most popular superheroes conceived in the last 20 years and his collectible figurine company has been at the forefront of that industry for almost two decades.

DJ Laidback Luke is considered one of the biggest names in electronic music and has collaborated with some of the biggest artists in the music business. His hits include "Show Me Love", "Step By Step", "Hey", IDMA winning "Leave The World Behind", and "Till Tonight", all of which have become all-time favorites on dance floors worldwide.

Laidback Luke had some advice for potential designers when the competition began.

“Be very original and creative. I won’t wear anything pink, no polka dots, nothing too bright purple. Keep in mind I do love Kung Fu and robots as well. Just try to make it very nice and very original,” the party-rocker concluded.

Laidback Luke, Stan Lee and Todd McFarlane were all judges for the first aspect of the contest, with the three of them picking the winning costume but that was just the beginning.

Voting was also open to fans who got the final say in the “People’s Choice” award, based on which design got the most votes from everyday viewers and users of the website. In a landslide victory, Killer Bee made it clear who was favoured by users of the site.

Kosta Karakashev, who is the lead 3D designer for penny auction leader Beezid.com, was behind the project and won exposure for his design through social media channels by Stan Lee, Todd McFarlane and Laidback Luke and won exclusive signed merchandise from all three judges as well.

Karakashev’s work can be seen all over Beezid, with his special 3D designs geared toward holidays and special events along with his work on Beezid’s facebook timeline garnering lots of attention.

Beezid allowed for their iconic mascot, Zid the Bee, to be used as the model for the suit when it was submitted for consideration.

BEEZID.com is a penny auction website that offers a thrilling spin on online shopping. Since its launch in 2009, Beezid.com has become the leading source for top-quality products at up to 99% off the retail price. Users take advantage of huge discounts on brand new, brand name products by forming bidding strategies in a fun and secure online environment.

There’s never been a better time to try out Beezid. New users get 10 Free bids on sign up, and members can always take advantage of promotions,  bonuses, and incentives on Beezid’s popular Twitter and Facebook pages. Join close to 65,000 people who “Like” Beezid to enjoy huge savings!