Barack Obama 0 for 2, but will it help Romney’s chances? 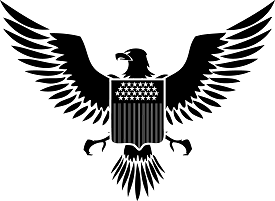 The U.S. Supreme Court’s decision to give a pass to the Affordable Care Act caught most observers napping. Political junkies had weighed in and most of them who were honest about it expected the court to invalidate most or all of the law. Instead, Chief Justice John Roberts wrote a quietly stunning sustaining opinion. What is the impact on the presidential race?

Look at the ruling: When the chief justice joined with the four most identifiably liberal justices to keep Obamacare on the books, he split hairs in an unanticipated way: He said, no, the Commerce Clause does not mean Congress can order people to buy a product they don’t want, but, yes, the penalty assessed for not buying the product is a tax, and that’s legal. This line of reasoning was so unexpected that news outlets misread what it meant at first.

What it meant was, President Barack Obama and congressional Democrats who thought the whole question of the law’s constitutionality was a hoot was refuted by a majority of the justices. On the flip side of arguments, also refuted was the steadfast denial of the president and supporters that the penalty for refusing to buy amounted to a tax. It is indeed a tax. So for Democrats, it was O for 2. For Republicans, it was a rather unsatisfying 2 for 2.

Though two wrongs do not make a right, President Obama seems ready to make the case that they do. After the ruling, he glossed over the core of the judicial thinking, calling it a “victory,” and vowing to press on with implementing the law. Likely GOP presidential nominee Mitt Romney responded that he will preside over a repeal of the health care law. Thus, the two candidates restated their previous positions without breaking new ground.

The effect of the ruling on the White House race could be a wash. However, if Romney chooses to push the issue by holding the president accountable for being wrong on both core issues considered by the court, he might win significant additional public support—if  he is able to articulate the constitutional and financial impact of the president’s misjudgments.

www.NewsEagle360.com is among the world's leaders in providing unbiased news and information delivery. Our staff is composed of some of the most distinguished and intelligent men and women whose sole purpose is to report the truth. We are not influenced by political or corporate interests therefore we are able to report the truth. NewsEagle360.com relies on a team of professionals with a passion to educate you on what is really happening in the world. Our technically advanced website features the latest advanced multimedia technologies, from audio packages to live video streaming of background information and news features. News Eagle 360 will provide the facts about US and International news and events.