The science is in: global warming will not be catastrophic says SPPI 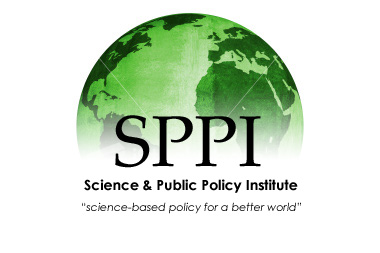 SPPI’s authoritative Monthly CO2 Report for July 2009 announces the publication of a major peer-reviewed paper by Professor Richard Lindzen of MIT, demonstrating by direct measurement that outgoing long-wave radiation is escaping to space far faster than the UN predicts, and proving that the UN has exaggerated global warming 6-fold.

Lindzen’s paper on outgoing long-wave radiation shows that the “global warming” scare is over. Thanks to recent peer-reviewed papers that have not been mentioned in the mainstream news media, we now know that the effect of CO2 on temperature is small, we now why it is small, and we know that it is having very little effect on the climate.

Sea level rose just 8 inches in the 20th century and has been rising at just 1 ft/century since 1993. Sea level has scarcely risen since 2006. Also, Pacific atolls are not being drowned by the sea, as some have suggested.

Arctic sea-ice extent is about the same as it has been at this time of year in the past decade. In the Antarctic, sea ice extent – on a 30-year rising trend – reached a record high in 2007. Global sea ice extent shows little trend for 30 years.

Hurricane and tropical-cyclone activity is at its lowest since satellite measurement began.

Solar activity has declined again, after a large sunspot earlier in the month. The Sun is still very quiet.

The (very few) benefits and the (very large) costs of the Waxman/Markey Bill are illustrated. The Bill would cost trillions and achieve nothing.

Science Focus this month studies the effect of the Sun on the formation of clouds. IT’S THE SUN, STUPID!

Robert Ferguson, SPPI’s president, said: “From the oceans via the surface and the upper atmosphere to outer space, real-world measurements prove beyond reasonable doubt that there was not, is not, and will not be any ‘climate crisis’. All of the results we publish here are of direct relevance to the debate about “global warming”. Yet none of these results will likely be published in any mainstream news medium. The facts are not fitting the theory nor backing the scare, so the media simply suppress them.”

The full report can be read here:  http://scienceandpublicpolicy.org/monthly_report/sppi_monthly_co2_report_july.html