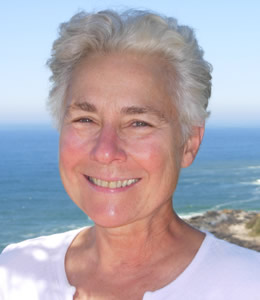 Eugene, OR – Peggy Soomil is an award-winning dancer, choreographer, and instructor who has dedicated her life to her craft. Peggy’s experiences have taken her across the country and earned her numerous accolades and great respect in the world of dance.

Peggy’s achievements and extensive background span over 50 incredible years. Earning her Bachelor’s degree from The Juilliard School and her Master’s degree from UCLA, Peggy graduated with the highest of scores. Even before completing her degrees, Peggy had already built an impressive resume of instruction, choreography, and performance with many different companies, including her own.

Driven by passion and sheer talent, Peggy has choreographed over 60 nationally performed works. Along with her outstanding choreographic work, Peggy has always made time to share her passion for dance by instructing at countless universities, dance schools, and companies including Juilliard, the Herbert Bergohf’s Actor Studio, UCLA, and Oregon State to name a few.

Though Peggy started her career on the east coast of the United States, along her travels she fell in love with Oregon and vowed to return. When the time was right Peggy returned and has successfully run Eugene Modern Dance out of the beautiful landscape that is Eugene, Oregon.

For the past 50 years, Peggy has offered instruction in methods of modern dance to all of those eager to learn. “Eugene Modern Dance is a place where every level dancer is welcome. These classes and workshops are for anyone who can see the benefits of moving the human body in a progressive, expressive and beautiful way.”

Peggy Soomil will be discussing her experiences and the art of modern dance live in a four-part series on Close-Up Talk Radio with hosts Doug Llewelyn and Jim Masters on select dates at www.blogtalkradio.com/closeuptalkradio airing live December 21st, December 28th, January 4th, and January 11th. Listeners are encouraged to dial-in at 347-996-3389.