North Carolina Filmmaker Tackles One of His State's Darkest Hours 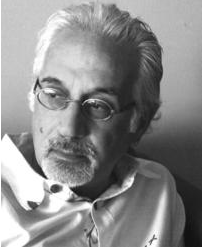 Writer/director Allen Weiss of Raleigh, announced script completion and commencement of pre-production planning for the film "A Reckoning," which takes on one of North Carolina's, and this country’s, darkest historic events.

On a November day in 1898, a group of White Supremacists, led by Civil War luminary Colonel Alfred Waddell, burned down the offices of local newspaper, the Daily Record, the only black-owned daily in the country, and overthrew the legitimately elected local government of Wilmington, which included many African Americans. As the mob of white men swelled to 2000, the leaders confirmed their intention to fulfill Waddell’s mission to shoot every black man or woman they came across until they "choked the current of the Cape Fear with carcasses." Hundreds of black citizens fled to nearby swamps to hide. Ultimately, more than 2000 black residents left the city permanently, turning Wilmington from a black-majority to a white-majority city. As this was never investigated or prosecuted, there is no official death toll.

This deadly coup d'etat, the only such event ever committed on American soil, not only went unprosecuted, but it is also absent from history books in America.

Inspired by this little known event, Weiss wrote his script, which, he says, is "a fictitious love story woven around and through the historical events leading up to, and including, that day. The townspeople have been fictionalized. Only Alex Manly, owner of The Daily Record, Confederate Colonel Alfred Waddell, and published transcripts from the press of the time are authentically identified."

Weiss said he intends to make the film "as North Carolina-centric as possible." He plans to hire the majority of the cast and crew from the state.

Weiss believes this little-known tragedy in American history will be of great interest to moviegoers since the movie "Lincoln" has helped renew a national, historical curiosity in the time period.

When asked why now after all these years, Weiss replied, "There has been interest from film companies, but the script was not in place and long form projects never gelled. The White Supremacists, or Redshirts as they were known, called for ‘taking back our city.’ Hearing calls over the last several years about ‘taking back our country’ sent a chill down my spine. It's time to produce a film to reflect on this part of American history."

Weiss continued: "Another aspect I'm excited about is that, with all the features shot in Wilmington -- from 'Teenage Mutant Ninja Turtles' to 'The Crow,' 'The Secret Life of Bees,' and 'Ironman 3' -- Wilmington has always been a good location to shoot movies. In this film, Wilmington itself plays a starring role."

For more information, visit: “A Reckoning”

About Allen Weiss:
After 15 years as a professional photographer in Raleigh and New York, Allen Weiss turned his attention toward filmmaking, both regionally and internationally. Dubbed an "evocative storyteller," Weiss has had his work included in the "New Directors Showcase" at the Cannes Film Festival.