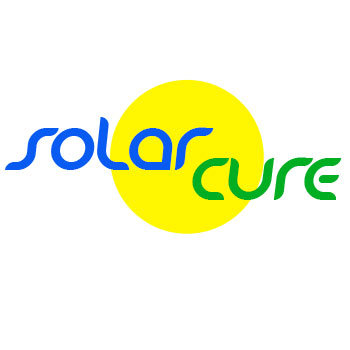 According to the U.S. Energy Information Administration (EIA), which collects, analyzes, and disseminates independent and impartial energy-related information, as a nation America consumed over 18 million barrels per day of petroleum products during 2011, making America the world's largest petroleum consumer*. As enormous as this number may seem, America's overall dependence on foreign oil has actually declined since 2005, when our foreign oil usage was at its peak. While it appears that the country has made great strides towards reducing foreign oil consumption, two men from New Jersey aim to reduce it even further, if not eliminate it altogether. These individuals, Raymond Saluccio and Rick Mulholland, began implementing SolarCure's Adopt-a-Solar-Panel™ program in late 2012 as a way to raise awareness of solar power as a viable everyday energy source, and to develop its connection towards helping the environment, solving a non-profit organization's energy problems, aiding the local community as a whole and improving a participating sponsor's online visibility within one affordable marketing package. The Adopt-a-Solar-Panel™ program helps America go "green." As its popularity increases from coast-to-coast, it may even further lessen America's dependence on foreign oil and other traditional but dirty energy sources.

SolarCure was founded with some of life's basic components for success in mind -- vision, drive, passion and the basic human desire to not only help others in need, but to also improve the quality of our surroundings. SolarCure additionally embodies components of The American Dream by providing all Adopt-a-Solar-Panel™ program participants an opportunity for prosperity and success. Mr. Saluccio, an accomplished inventor who was named an Ernst & Young Entrepreneur Of The Year® 2011 New Jersey Award finalist, married the benefits of green renewable energy for a non-profit organization with traditional energy issues and the utilization of online press release distribution to create a fantastic marketing method. SolarCure's Adopt-a-Solar-Panel™ program implements the unique concept of Solar Powered SEO™, which gives businesses and sponsors an ability to create an online buzz about their green renewable energy efforts. Never before has there been a promotional tactic devised to provide overwhelming advantages to its participants and the world at large. Along with Mr. Mulholland, who left the traditional business world to help grow SolarCure on a national and world-wide level, Mr. Saluccio aims to create a lasting green imprint for others to emulate. As yet another positive component to the Adopt-a-Solar-Panel™ program, SolarCure has created a plan to employ veterans seeking a job. The overall scope of SolarCure's initiative grows greater and greater with each passing day, as more and more businesses embrace it.

"I like to ask the same general question to all of our prospective clients," comments Mr. Saluccio. "Have you ever come across a product that can reduce an organization's energy costs, help the environment as a whole, lessen America's dependency on foreign oil, help a sponsor increase their online reach and also aid veterans in need of a job? The Adopt-a-Solar-Panel™ program was devised under the premise that everyone involved, from those who sell the package to those hired to perform solar panel installations with the assistance of participating generous sponsors, comes out a winner. I personally promise that all supporters will feel great about their participation in The Adopt-a-Solar-Panel™ program. It's a movement that has never been present in the world of green renewable energy, nor in everyday marketing or advertising practices."

With its first few weeks of existence, five sponsors have signed on to join the Adopt-a-Solar-Panel™ program. Its initial recipient is Colonia, New Jersey's VFW 6061, with many other non-profit organizations on the radar. One sponsor, O'Donnell Insurance Agency out of Cranford, New Jersey, is the program's first multiple user, having agreed to sponsor five solar panels over the course of a year. Victory Sweepers, an industrial sweeper company located in Madison, Alabama, is the first out-of-state participant, proving that the Adopt-a-Solar-Panel™ program's appeal transcends standard geographical boundaries. SolarCure is also in negotiations with its first international participant looking to gain a distinct introduction to the American marketplace. Foreign sponsorship can serve as a "green Segway" to help any corporation in the world gain exposure to domestic consumers. Whether foreign, domestic, brick-and-mortar or online, the Adopt-a-Solar-Panel™ program with Solar Powered SEO™ helps all types of businesses improve their bottom line.

Mr. Mulholland adds: "After thirteen years of practicing mostly traditional marketing tactics in the jewelry industry, I was drawn to the concept of the Adopt-a-Solar-Panel™ program with Solar Powered SEO™. Any business or organization can buy advertising in local newspapers or online. These days you can even purchase your Facebook audience. But Adopt-a-Solar-Panel™ is totally different from anything that I have carried out as a marketing executive. Its price is extremely affordable, although the benefits are enormously rich. If citizens of major communities in every state banded together to support solar powered initiatives like SolarCure's, this nation as a whole would even further reduce dependence on foreign oil, if not nearly eliminate it all together. America would be a cleaner and healthier country to live in."

For more information about how your company can help the environment, support a non-profit's solar power energy needs and extend its overall online awareness with SolarCure's assistance, please visit www.solarcure.us or email your questions to raysaluccio@solarcure.us. You can also call 908-642-3029. Let SolarCure show you how to improve your Internet reach and search engine visibility while assisting a local non-profit organization's solar energy efforts and helping the environment in general. There are only winning attributes to the Adopt-a-Solar-Panel™ program and Solar Powered SEO™. Pricing starts at $995. Larger and smaller packages can be designed to fit any budget.

*From the article "How dependent are we on foreign oil?" - http://www.eia.gov/energy_in_brief/article/foreign_oil_dependence.cfm