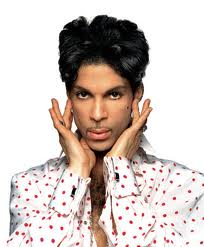 Prince Rogers Nelson is one of the most infamous American musicians of all time. His body of work spans over thirty years with accolades ranging from 7 Grammy wins to a spot in the Rock & Roll Hall of Fame, as well as a Golden Globe and an Academy Award. He produced ten platinum albums, founded a record label and studio, recorded albums featuring himself on every

instrument, and launched the careers of some of the most notable performers of the 80’s and 90’s.


His flamboyant stage presence and persona have become as legendary as his music, as have his notorious changes in pseudonyms throughout the years. Prince has a wide vocal range, is noted for his exceptional guitar playing, and has been included in countless polls and publisher rankings as one of the top performers and guitarists of all time. Notably, Rolling Stone ranked him as the 27th on their list of the “100 Greatest Artists of All Time” and Time listed him as one of the “100 Most Influential People in the World”.


As part of a special West Coast run of shows, Prince will be performing two shows each night on May 7 and 8, 2013 at the City National Grove of Anaheim. Don’t miss the iconic “Sexy Motha*$%#3R” himself in action!