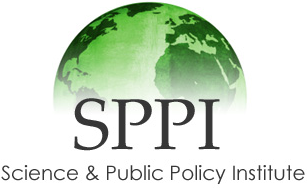 Climate alarmists are continually warning about the potentially-catastrophic negative consequences of CO2-induced global warming, which they contend will wreak havoc with Earth's natural and agro-ecosystems. In this summary we thus review how deserts have fared throughout China in response to rising air temperatures and atmospheric CO2 concentrations, which climate alarmists characterize as unprecedented over thousands of years (in the case of temperature) to millions of years (in the case of CO2 concentration).

We begin with the work of Brogaard et al. (2005), who studied the dry northern and northwestern regions of the country - including the Inner Mongolia Autonomous Region (IMAR) - which had been thought to have experienced declining vegetative productivity over the past few decades due to "increasing livestock numbers, expansion of cultivated land on erosive soils and the gathering of fuel wood and herb digging," which practices were believed to have been driven by rising living standards that in combination with a growing population were assumed to have increased the pressure on these marginal lands. In the case of increasing grazing, for example, Brogaard et al. note that the total number of livestock in the IMAR increased from approximately 46 million head in 1980 to about 71 million in 1997.

To better assess the seriousness of this supposedly "ongoing land degradation process," as they describe it, the researchers adapted a satellite-driven parametric model, originally developed for Sahelian conditions, to the central Asian steppe region of the IMAR by including "additional stress factors and growth efficiency computations." The applied model, in their words, "uses satellite sensor-acquired reflectance in combination with climate data to generate monthly estimates of gross primary production." And to their great surprise, this work revealed that "despite a rapid increase in grazing animals on the steppes of the IMAR for the 1982-1999 period," their model estimates did "not indicate declining biological production [italics added]."

Clearly, some strong positive influence compensated for the increased human and animal pressures on the lands of the IMAR over the period of Brogaard et al.'s study. In this regard, they mention the possibility of increasing productivity on the agricultural lands of the IMAR, but they note that crops are grown on "only a small proportion of the total land area." Other potential contributing factors they mention are "an increase in precipitation, as well as afforestation projects." Two things that are not mentioned are the aerial fertilization effect and the transpiration-reducing effect of the increase in the air's CO2 concentration that was experienced over the study period. Applied together, the sum of these several positive influences (and possibly others that remain unknown) was demonstrably sufficient to keep plant productivity from declining in the face of greatly increasing animal and human pressures on the lands of the IMAR from 1982 to 1999.