WATER USE EFFICIENCY OF TREES 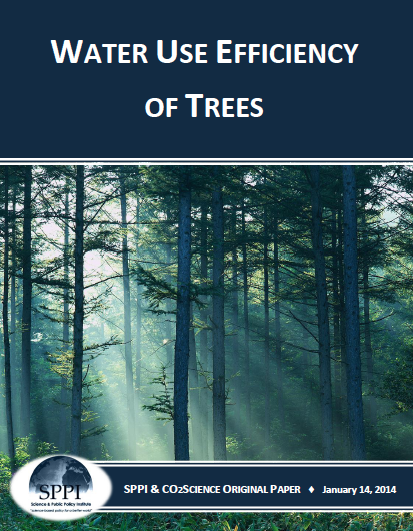 Similar results have also been obtained when trees were exposed to different environmental stresses. In a study conducted by Centritto et al. (1999)11, for example, cherry seedlings grown at twice-ambient levels of atmospheric CO2 displayed water-use efficiencies that were 50% greater than their ambient controls,regardless of soil moisture status. And in the study of Wayne et al. (1998)12, yellow birch seedlings grown at 800 ppm CO2 had water-use efficiencies that were 52 and 94% greater than their respective controls, while simultaneously subjected to uncharacteristically low and high air temperature regimes, respectively.