Obama Talks Marijuana Reschedule: Publius Asks Why Schedule At All? 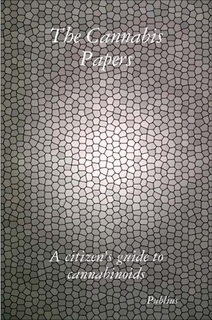 President Obama’s comment last week that it is the responsibility of Congress to schedule narcotics introduced two contested points: first, the role of executive power in scheduling dangerous drugs; second, whether scheduling is even necessary for cannabis and herbal cannabinoids.

In “Obama Says Easing Marijuana Restrictions a Job for Congress,” as reported on TIME, the question is raised of the Drug Enforcement Agency’s cannabis scheduling. Obama said: “First of all, what is and isn’t a Schedule I narcotic is a job for Congress.”

In “Obama, Who Evidently Has Not Read the Controlled Substances Act, Denies That He Has the Power to Reclassify Marijuana,” REASON’s Jacob Sullum illustrates how Obama could proceed through executive power. Sullum cites the three statutory criteria from the Controlled Substances Act (CSA) for drugs on Schedule I: a high potential for abuse; no currently accepted medical use in treatment in the United States; a lack of accepted safety for use of the drug.

Sullum notes: “The DEA argues that marijuana satisfies the first criterion because people like to consume it for nonmedical purposes, which according to the DEA qualifies as abuse. It’s illegal, after all. According to that definition of abuse, prohibition justifies itself, which hardly seems fair. A more reasonable view defines abuse as harmful, excessive, or problematic use.”

“Further,” said Dan Linn, Executive Director of the Illinois chapter of NORML and part of Publius and The Cannabis Papers: “I feel we need to offer more than just the idea of rescheduling and get people to start thinking about taking cannabis off the CSA scheduling entirely; treat the plant like a therapeutic botanical and regulate it like any other herbal vitamin or supplement.”

Linn added organizations such as the American Herbal Pharmacopoeia and the American Herbal Products Association are scientifically positioned to support the removal of cannabis from the CSA: “Otherwise, if it’s on a controlled list – schedule whatever – the idea that cannabis sativa is a  ‘dangerous plant’ is still out there.”

“Given the safety profile of herbal cannabinoids,” Linn offered, “let’s consider not burdening the plant – and ourselves – with anymore scheduling lingo.”

The Cannabis Papers: A citizen's guide to cannabinoids (2011) is available at online retailers and for free by download.