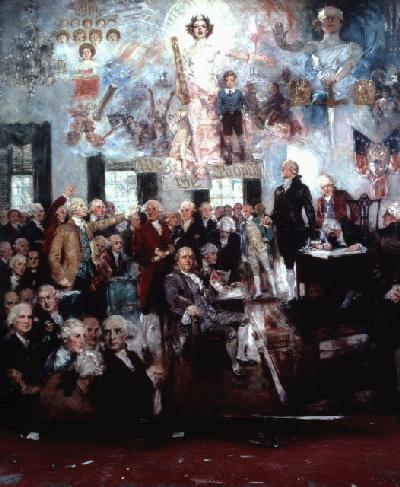 Heritage is celebrated this Usurpation Day 2014 in a new posting by political scientist Bryan W. Brickner. On 9 April 1792, Congress first changed the representation ratio without amending the Constitution: that small usurpation, from 30,000 to 33,000, has turned into a large usurpation with a ratio exceeding one for every 720,000 citizens.

In Ascending Athenian American Heritage: Usurpation Day 2014, new on the Bryan William Brickner Blog, six greats are noted – Plato, Pericles, and Athena as well as Madison, Washington and Freedom – for their contributions to our heritage.

“Usurpation Day is not a time to be sad,” Brickner offered, “I think of it as a celebratory day; the usurpation of the representation ratio on 9 April 1792 is our history: it’s important to note that it isn’t our heritage.”

“Heritage,” continued Brickner, “is timeless ~ or without time ~ and it’s something we define and value.”

“Usurpation is the taking of a right belonging to another,” Brickner closed, “though the right taken is not really gone or missing – only dispossessed and displaced. Which also means we can augment representation … that is if we have the (political) will to do so.”

Brickner has a 1997 political science doctorate from Purdue University and is the author of several political theory books, to include The Promise Keepers (1999), Article the first (2006), and The Cannabis Papers (2011). The Bryan William Brickner Blog is a collection of published works and press coverage and an ongoing resource for the political science of constitutions and the biological science of cannabinoids.