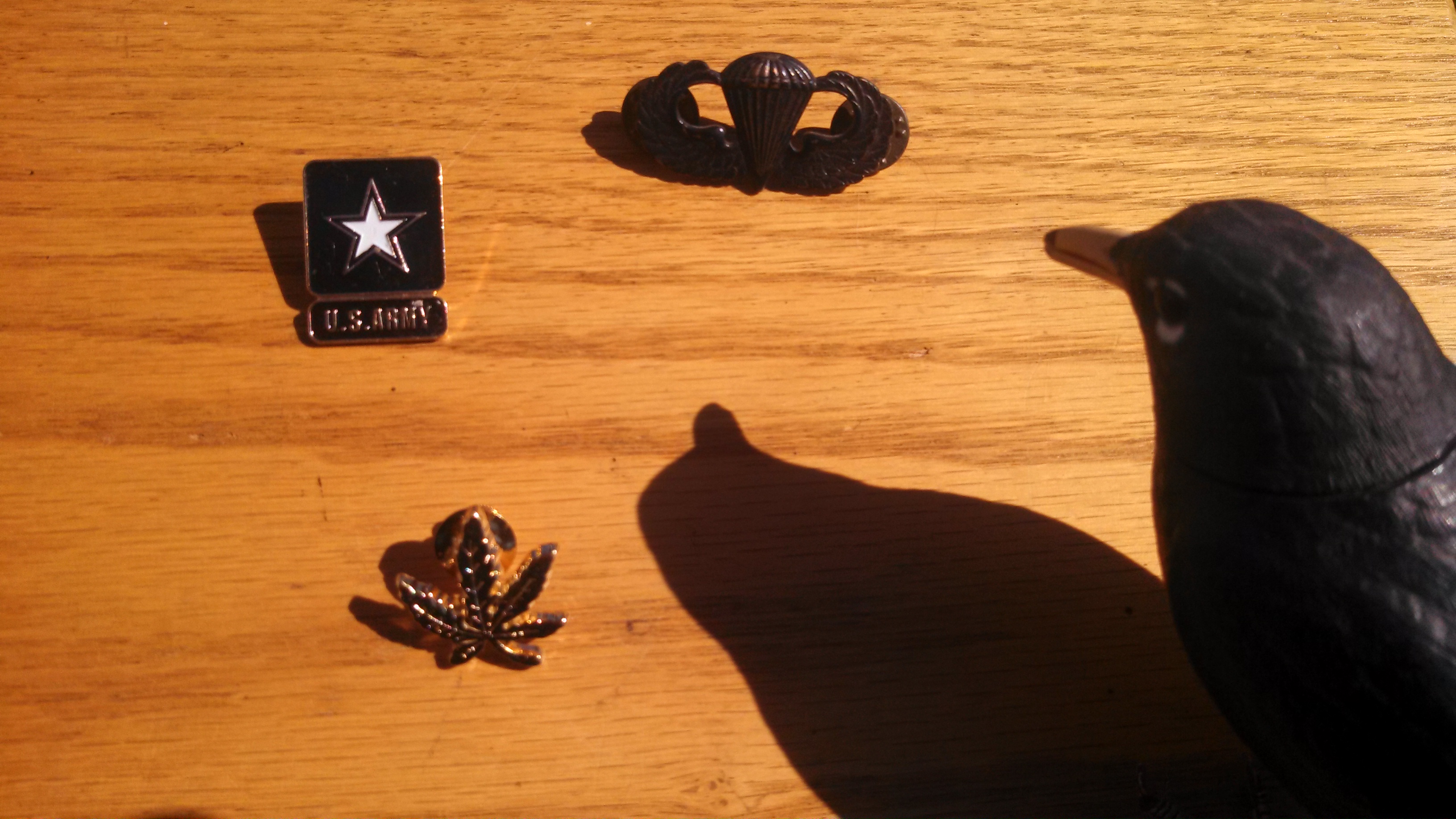 “Patients, like soldiers, persevere,” opened William Abens, editor for EwPublishing, “and Jim’s story sure is one of perseverance.”

My Story: 101st Airborne to Medical Cannabis Activist ~ Jim Champion, is new on the Bryan William Brickner Blog. Abens, also part of Publius and The Cannabis Papers: A citizen’s guide to cannabinoids (2011), heard Champion’s story in 2013 while the Illinois Medical Cannabis law was being passed. Champion served in the 502nd Infantry, US Army 101st Airborne in the late 1980s; then multiple sclerosis set-in and he began a pharmaceutical treatment that increased to nearly 60 pills a day.

In 2003, Champion tried smoking cannabis after uncontrollable spasms began that lasted for days. A family member had suggested cannabis (cannabinoids) and Champion tells of immediate relief from the spasms and something else: he had an appetite.

“Jim’s story is one of endurance,” noted Abens, “and I mean in addition to Airborne school; being a patient, facing the long odds, and then finding relief, that changes a person. Jim’s an activist now, out there helping other patients and lawmakers learn about cannabis and cannabinoids.”

“When Champion met with Governor Quinn,” Abens commented, “and then again on signing day, Jim was there as a representative for all patients. He served in the army by choice: MS drafted him (as any illness does) and Jim responded well.”

“He’s a citizen serving his country once again,” Abens closed, “and this time there’s no re-enlistment: from MS patient to cannabis activist ~ Jim’s Airborne all the way.”

The Cannabis Papers (2011) is available at online retailers and for free by download. The Bryan William Brickner Blog is a collection of published works and press coverage and an ongoing resource for the political science of constitutions and the biological science of cannabinoids.