Horsepower For An Hour Continues Its Impressive Syndication Growth 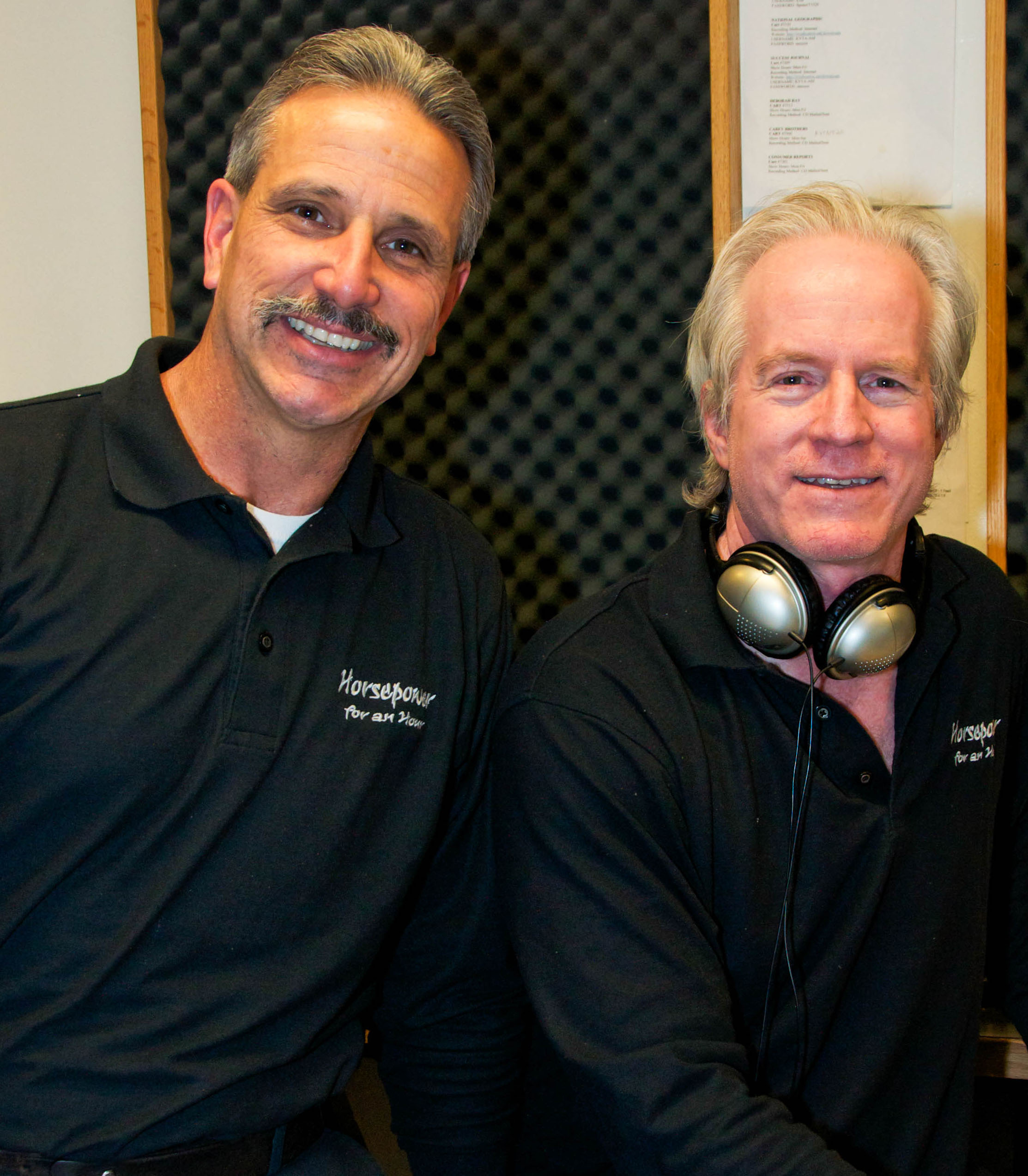 The “Ultimate Stop in Automotive Radio,” Horsepower for an Hour hosts Donny and Spence provide cutting edge news and early previews of upcoming technology, fascinating stories and personal interviews with the greatest personalities in the field, behind-the-scenes access to industry events, insider secrets about the automotive world, and answers to the most vexing car problems.

“We’re extremely pleased with the response the show’s receiving from listeners and sponsors,” said show co-host and executive producer, Donny Caccamise. “We’re filling a need in the marketplace that no other automotive show can match.”

Designed for automotive and racing enthusiasts, Horsepower for an Hour continues its impressive growth as one of the most popular and fastest-growing syndicated talk shows for auto aficionados and gearheads. The show’s even gone global and can be heard on Internet radio in Queensland, Australia as well as on all seven continents and 179 countries where fans tune into Horsepower via American Veterans Radio.

Sponsored nationally by ATRA, the Automotive Transmission Rebuilders Association, Horsepower for an Hour is hosted by two of the smartest and nicest guys in the industry. Donny Caccamise is an automotive technology graduate with over 30 years experience in the industry. He and his wife own a specialty shop outside of Los Angeles with a primary emphasis on transmission and differential systems. They were awarded “Shop of the Year” in 2010 and 2011. Tom Spence is a talented Southern California radio veteran based out of Ventura who has a love for everything automotive. Not only is he the Program Director of KVTA, but he also hosts the station’s morning show. Together, Donny and Spence have built a fun, informative and relatable show that listeners and advertisers love.