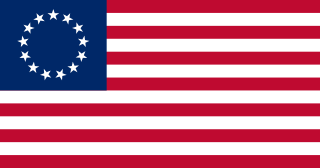 “Finding hope for those who are troubled or even hopeless,” observed Stephen Young of Ew Publishing, “is considered to be in the realm of religion, but thanks to new cannabinoid research, it is also in the realm of science.”

In Publius’ PTSD Re-Homeostasis ~ A Veterans Day Update on the Bryan William Brickner Blog, the health of a veteran’s cannabinoid system (CS) – and everyone’s – is honored and celebrated. The post focuses on new CS PTSD research from the National Institutes of Health (PubMed) with articles discussing: mild brain injury combined with depression, diet and PTSD cues, facilitating fear extinction (and its recall), and a music therapist for World War I Shell Shock, Paula Lind Ayers.

“It seems intuitive that music can be therapeutic,” noted Young, “and the new research on World War I Shell Shock confirms the intuition.”

“When it comes to protecting our brains,” Young commented, “shouldn't everyone have a chance at preventative neuroprotectection? I mean, no one knows who is going to sustain a brain injury before it happens.”

“The cannabinoid system is like a nimble army,” closed Young, “ready to help where needed and when needed ~ you know, like a vet.”

Young is the author of Maximizing Harm: Losers and Winners in the Drug War (2000), How to Inhale the Universe without Wheezing (2008), and part of Publius and The Cannabis Papers (2011). In 2009 he produced the hemp documentary Government Grown: How Polo Illinois Helped Win the War, and in 2015 is releasing a booklet on a serotonin system suicide headache journey.

The Bryan William Brickner Blog is a collection of published works and press coverage and an ongoing resource for the political science of constitutions and the biological science of receptors.

The Cannabis Papers is available at online retailers and for free by download.