German US Peace 70 years on 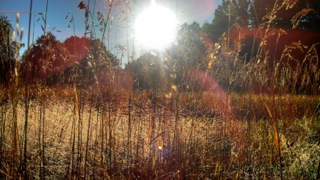 “Victories have peripheries,” opened Ew Publishing’s Bryan W. Brickner, “and the failure of the 1944 German offensive in the Ardennes precipitated the collapse of the Nazi regime; for example, Auschwitz would be captured in one month and Hitler would commit suicide in five.”

In Christmas1944: Bastogne Perseverance, Patience and Victories ~ New on the Bryan William Brickner Blog, a soldier’s moment during the German siege of American forces in Bastogne (Belgium) is used in celebration and honor this Christmas Day. Political theorist Bryan W. Brickner, author of The Promise Keepers: Politics and Promises (1999), finds the American revolutionary spirit in Leo Barron and Don Cygan’s WW II book, No Silent Night: The Christmas Day Battle for Bastogne (2012), with Lt. Colonel John T. Cooper in the spotlight.

“Perseverance is a quality George Washington is noted for,” Brickner offered, “and perseverance got the American forces through the siege of Bastogne. Today’s Christmas day post looks at the campaign and battle from Lt. Colonel John T. Cooper’s viewpoint – as the colonel had a day like Lt. James Monroe did in 1776 at Trenton.”

“Time won 70 years ago today,” followed Brickner, “as perhaps the biggest victor that Christmas is this: Germany and the United States don’t fight anymore.”

“That is a real change,” Brickner closed; “in fact, one could say the former adversaries now work together For something – perhaps even something like yesterday’s illuminating lamentation.”

Announcement: In January, look for Ew Publishing’s first booklet of 2015, Bryan W. Brickner’s Shivitti: A Review of Ka-Tzetnik 135633’s Vision. The booklet will be available by (or before) 25 January 2015.