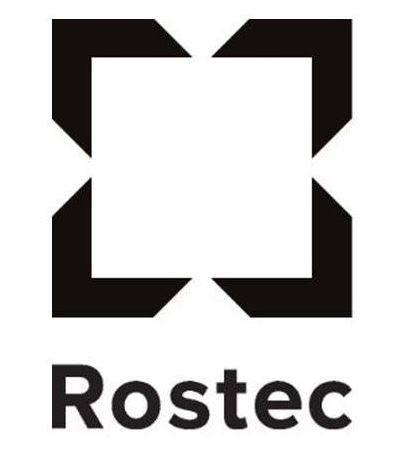 The XII International Defense Exhibition IDEX-2015 has started in Abu Dhabi (UAE) today. The Russian pavilion, which is organized by the State Corporation Rostec, features more than 700 weapons systems and military equipment for the army, air force and naval forces, as well as for the air defense command. Among showcased items – a combat vehicle for platoon commander equipped with an anti-tank missile system «Khrizantema-S», ADS amphibious assault rifle capable of operating in both the air and water environments, produced by NPO Precision Complexes, and an enhanced version of T-90S tank from Uralvagonzavod. The exhibition will run until February 26 and is expected to be visited by delegations from 70 countries.

IDEX is the most prestigious and the largest exhibition of defense achievements in the world, and it features the latest modern arms and military equipment. This year, the following countries have their pavilions in Abu Dhabi: Russia, UAE, USA, UK, Germany, France, China, Italy, South Africa, Switzerland, Canada, Austria, Turkey, Bulgaria, Finland, Spain, Sweden, and Belgium. More than 1,000 international companies are showcasing their products, and the expo is expected to be visited by more than 80 official delegations.

State Corporation Rostec is the organizer of the Russian Pavilion at IDEX-2015. The head of the Russian delegation is Denis Manturov, the Minister of Industry and Trade of Russia.

“At the moment, the Middle East is Russia's second most important market, where we have a chance not only to establish presence but also to continue an active expansion.  IDEX is one of the biggest events and the largest modern venue for Russia to showcase the dynamics of its best defense products at land-based and water-based test ranges.  Rostec is already implementing a number of civilian projects in the UAE, and now new opportunities are arising for mutually beneficial cooperation in the defense field, - said General Director of SC Rostec Sergey Chemezov.

Russian manufacturers are featuring more than 730 newest high-precision weapons systems at the expo. The centerpiece of the NPO Precision Complexes stand is a versatile machine gun - ADS amphibious assault rifle, which can equally accurately hit targets under water and in the air. This weapon is capable to shoot with 5,45x39 mm rounds and 40-mm rounds fired from a grenade launcher, which is located under the barrel.  The gun’s modes can be easily switched between “water” and “air” by a gas regulator. In addition, for the first time in Russia's history, fired cartridge extracts forward in a receiver, which reduces gas pollution in the face of the shooter and eliminates the risk of injury from a flying shell when operating in groups.  The gun has some composite materials, which reduce its weight and at the same time increase its corrosion resistance.

Among Precision Complexes’ featured products especially interesting is a self-propelled anti-tank combat vehicle «Khrizantema-S», and an actual unit will be shown for the first time at an expo.  «Khrizantema-S» is the world's only anti-tank missile system that can detect and destroy targets without optical visibility in smoke, fog and snowfall at any time of the day due to its radar and optical laser channels. Simultaneous operation of two channels allows the system to trace two targets and launch rockets automatically. A unit consisting of 3 «Khrizantema-S» combat vehicles is capable to resist an attack of a tank company of 14 tanks, destroying at least 60% of the advancing tanks, as well as capable of striking engineering structures, low-flying low-speed air targets, boats and tonnage ships, and enemy personnel at a distance of 6 km.

For the first time in public, an export version of combat gear for the Russian army will be presented.  Besides the clothing, the gear features about 60 various items for the soldier. Among them – small arms, aiming and protection gear, electronic means of communication and navigation. The gear control and communication is based on Sagittarius (“Strelets”) system of intelligence, control and communications.  Special armor plates for the flak jacket allow it to withstand up to 10 hits of armor-piercing incendiary bullets fired from a SVD sniper rifle at a distance of 10 m. The modular character of the gear allows to create a set of equipment for any customer, including foreign.

As part of the IDEX expo, exhibitors have a unique opportunity to showcase weapons and military equipment not only at a static display, but also in action, at a demo test site. In an environment simulating the conditions of real-life fighting, manufacturers can demonstrate the potential of military equipment in overcoming water barriers and uneven terrain. Testing of boats and amphibious units will be held at a canal.

Rostec State Corporation – is the Russian corporation established in 2007 to promote the development, production and export of high-technology industrial civil and military goods. It comprises about 700 enterprises which currently form 9 holdings in the defense industrial complex and 5 holdings in civil industries.  The portfolio of Rostec features such well-known brands as AvtoVaz, Kamaz, Russian Helicopters, VSMPO-AVISMA and many others. Rostec’s enterprises are located in 60 regions of Russia and serve the markets of over 70 countries. In 2013, its revenue was 1.04 trillion rubles, net profit – 40 billion rubles and tax payments to the budgets of all levels exceeded 138 billion rubles.