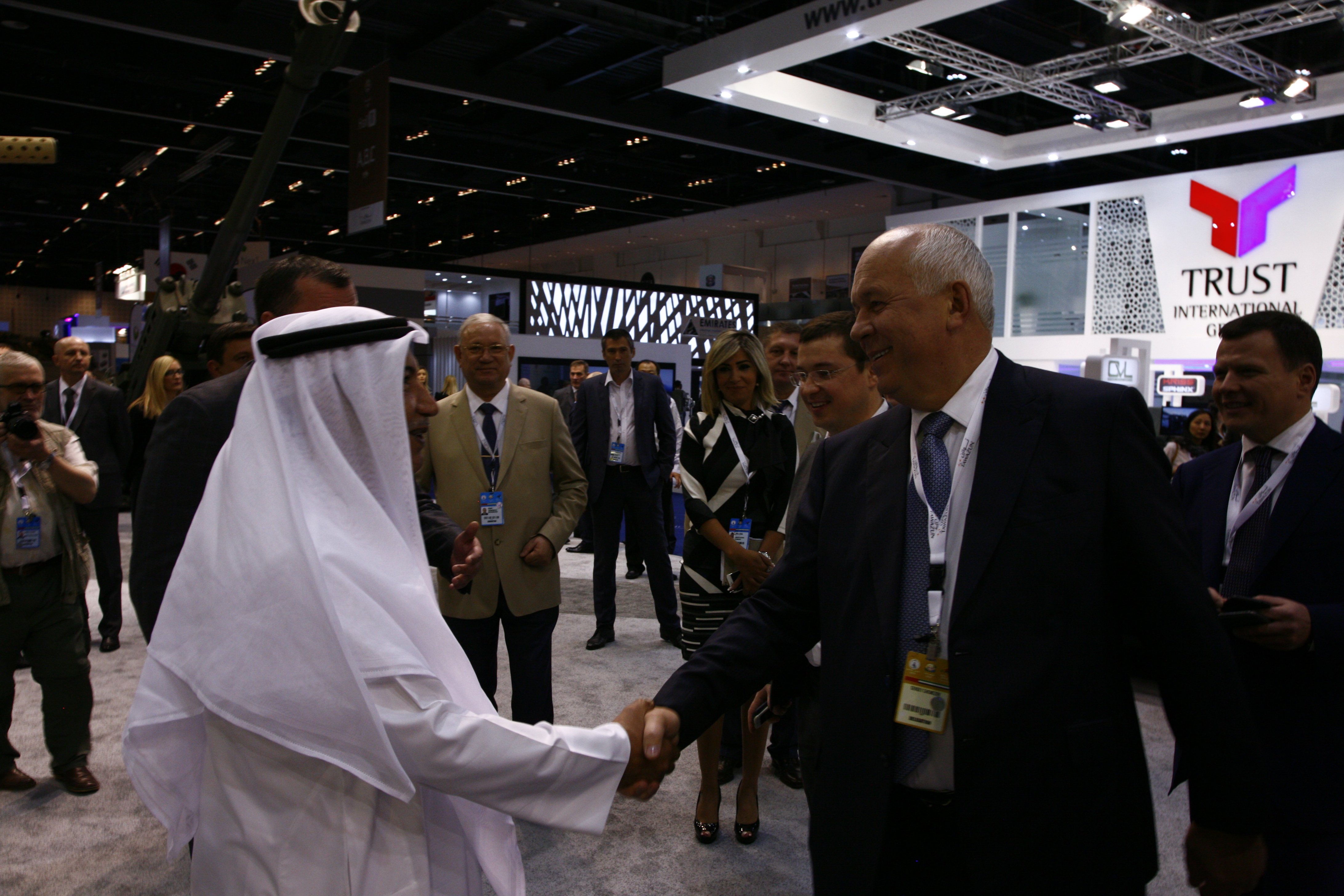 The XII International Defense Exhibition IDEX-2015 has started in Abu Dhabi (UAE) today. The Russian pavilion, which is organized by the State Corporation Rostec, features more than 700 weapons systems and military equipment for the army, air force and naval forces, as well as for the air defense command.

The highlight of the first day of the expo was the presentation of «Khrizantema-S» missile system for the Ministry of Defense of the UAE.  «Khrizantema-S» is world's only anti-tank missile system that can detect and destroy targets without optical visibility in smoke, fog and snowfall at any time of the day due to its radar and optical laser channels. Simultaneous operation of two channels allows the system to trace two targets and launch rockets automatically.  The effective range of the system is up to 6 km.

Visitors showed great interest in the new products of Kalashnikov Concern.  The Concern presented not only firearms on its stand, but also models of combat launches manufactured by  Euroyachting Rybinsk Shipyard group of companies, and 3D models of UAEs, which are planned to be designed and produced at the facilities of Kalashnikov Concern and ZALA Aero’s company.

"Such volume of new products at this exhibition is not accidental - said General Director of SC Rostec Sergey Chemezov, - it demonstrates the latest military products from leading manufacturers. Now we are aiming at expanding cooperation with such countries as the UAE, Egypt, Jordan and others. We are hoping that several major contracts with foreign partners will be signed at this exhibition."

In addition to showcasing arms, the Russian delegation pavilion featured a presentation of the Russia Arms Expo, which will take place in Nizhny Tagil in September.

IDEX is one of the most prestigious and largest military exhibitions in the world. This year, the following countries have their pavilions in Abu Dhabi: Russia, UAE, USA, UK, Germany, France, China, Italy, South Africa, Switzerland, Canada, Austria, Turkey, Bulgaria, Finland, Spain, Sweden, and Belgium.

Rostec State Corporation – is the Russian corporation established in 2007 to promote the development, production and export of high-technology industrial civil and military goods. It comprises about 700 enterprises which currently form 9 holdings in the defense industrial complex and 5 holdings in civil industries.  The portfolio of Rostec features such well-known brands as AvtoVaz, Kamaz, Russian Helicopters, VSMPO-AVISMA and many others. Rostec’s enterprises are located in 60 regions of Russia and serve the markets of over 70 countries. In 2013, its revenue was 1.04 trillion rubles, net profit – 40 billion rubles and tax payments to the budgets of all levels exceeded 138 billion rubles.