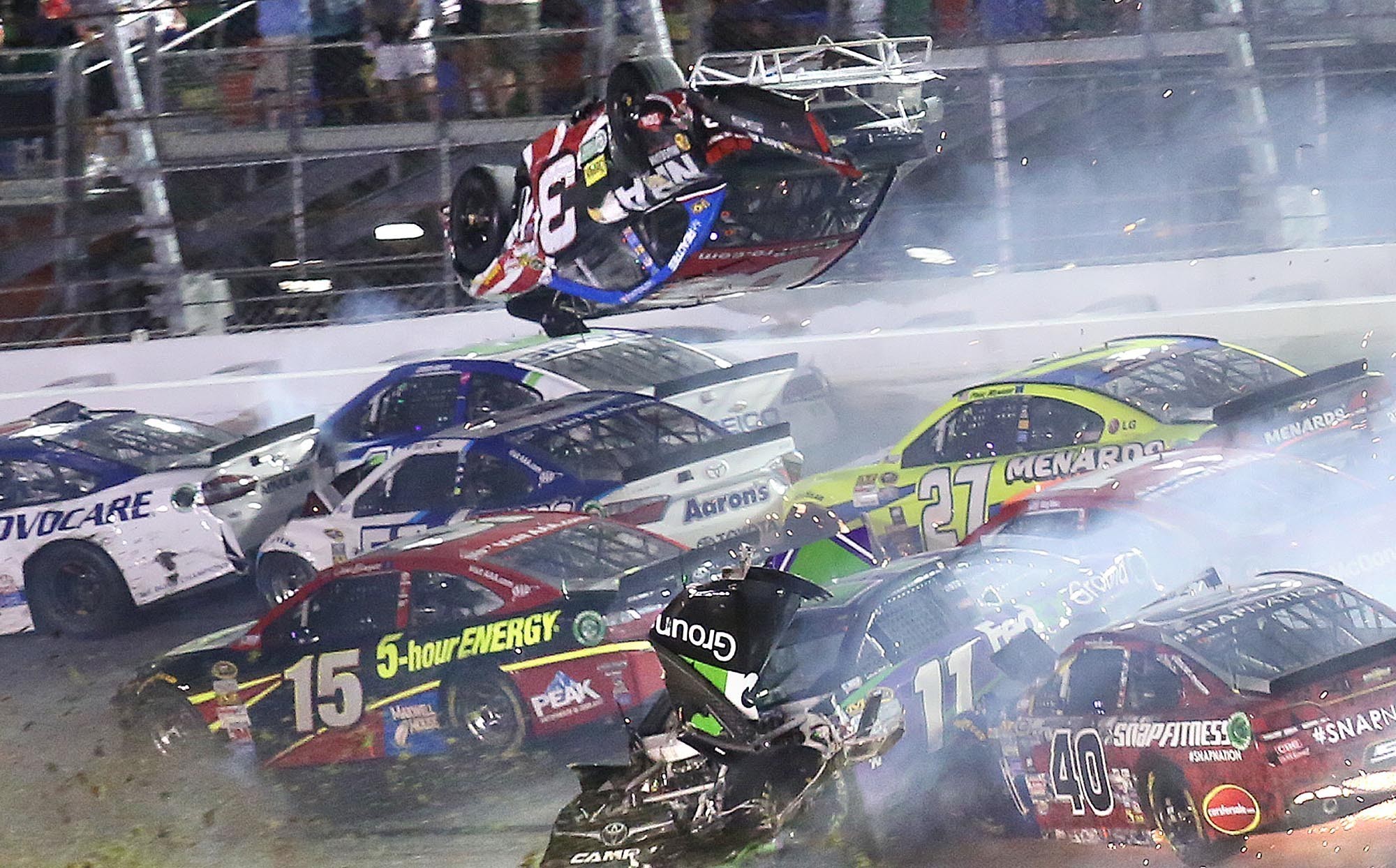 During the final lap of the Coke Zero 400 at Daytona International Speedway, Austin Dillon crashed with extreme force against a fence sending debris into the stands. Miraculously, Dillon was released from Dayton’s infield care center with what he stated was only a bruised forearm and tailbone. Just as miraculously, only one fan from the grandstands was taken to a local hospital and was listed in stable condition. Dale Earnhardt Jr witnessed the crash in his rearview mirror.

"You are just on the verge of tears. I saw everything in the mirror pretty clearly. I just was very scared for whoever that car was. I didn't care about anything except figuring out who was OK,” Earnhardt said.

Second place finisher Jimmie Johnson stated, “I'm shocked that Austin Dillon is even alive. I expected the worst when I came back around.”

Earnhardt won the race after a 3 hour and 24 minute rain delayed start time and a nine car accident on just the third lap.