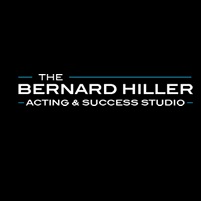 Actors across the globe are flying in to improve their acting skills and learn how to succeed in Hollywood. Thanks to Bernard Hiller's Intensive Acting Masterclass, actors now have a chance to take their acting skills, and abilities to the next level of SUCCESS! "Actors from around the world are welcome to apply" said Hiller, Artistic Director of the Bernard Hiller Acting and Success Studio, which will be held Aug, 14 - 19. www.bernardhiller.com Hiller went on to explain that actors must first apply for an interview process. "We want to make sure this class is right for you" Email to Sandra De Sousa at: bhmasterclassla@hotmail.com for more information. "Our goal is to transform each actor into a successful artist, by helping them discover their unique gifts and authenticity." Hiller said the class, is geared toward beginners to professional working actors who are looking to take their career to the next level. "We will also teach you how to overcome blocks or fears that will stop you from having a long and successful career." Globally recognized as Hollywood's Premiere Acting Coach to the Stars. Hiller has had over 30 Academy Award Winners or nominees speak at his Classes. "We have so many stars that come and share their insights with the actors." Confirmed guests to appear at the upcoming LA Masterclass include: Academy Award Winning Producer Mark Johnson- "Rainman" and "Breaking Bad"; Casting Director: April Webster-"Star Wars"; Casting Director: Sarah Finn "Iron Man" & "Avengers"; Top Agents from- Paradigm; Top Managers in Town to appear from: Untitled Management and Luber Roklin Entertainment. Previous guests at Hiller's Masterclass include: Al Pacino, Bruce Dern, Baz Luhrmann. Super Casting Directors Ulrich / Dawson, plus the top agents and managers in Hollywood. During the last class, several of the actors attained representation, and work projects. Casting Director Sarah Finn "Avengers", "Iron Man", "Crash" hired several actors for her many TV shows. "There is no class like this anywhere" says Bruce Dern. Paul Haggis, director, writer, and two-time Academy Award Winner "Crash" and "Million Dollar Baby" "Bernie teaches you to dream on your feet." Haggis stressed. But Haggis isn't the only one with rave reviews of Hiller's masterclass. April Webster, Hollywood Casting Director for "Star Wars", "Lost", "Mission Impossible", and "Star Trek", said, "His techniques will transform you," Hiller noted that he also has Upcoming International Masterclasses in London Nov. 30-Dec 4, and a Masterclass in Rome Dec. 6-11. In addition, Hiller's hugely popular acting book, Stop Acting Start Living, which is available on Amazon, is also now available in Spanish. By end of year it will be translated into Russian.
About Bernard Hiller Bernard Hiller was born in Buenos Aires, Argentina, lived in Germany and moved to NYC when he was young. He studied with many of the leading teachers in New York City. Developing his revolutionary techniques and methods he became a sought after coach in New York and now trains in Hollywood and around the world. His methods of "behavior transformation" has resulted in amazing acting and business success. He has appeared in over 200 TV commercials and worked as an actor with George Clooney, Michelle Pfeiffer, and has coached Jeff Goldblum, Lionel Richie, LL Cool J, Evan Peters, Vanessa Hudgens, Jamie Doran, Emma Roberts, Billy Crystal, and Jennifer Garner. Bernard's goal is to transform business and artistic leaders from around the world beyond their own expectations. ###
Call
Send SMS
Call from mobile
Add to Skype
You'll need Skype CreditFree via Skype