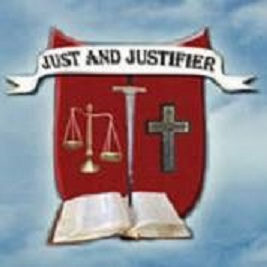 With the start of the new school year, King's Way announced a permanent cap of $1,000 on its annual tuition. Back in 2000, when King's Way Classical Academy first opened its digital doors, there were only a handful of online schools. But times have changed and the number of online schools has increased immensely. So, even though it may have been first, where does King's Way Classical Academy fit in today's crowded educational field?

The question is best answered by taglines on the King's Way homepage: "Where You Don't Have to Choose Between Low Price & High Quality." Blend in the philosophy of "Old School Teaching/New School Technology" and you've got a home school curriculum that's hard to beat. It comes none too soon for Christian families fed up with the blatant immorality that now permeates the public schools, according to school founder Dennis Oliver Woods.

"As WND has reported … youngsters spend 14,000 hours in the course of a typical education being discipled in the government school system. Chaplain Ray Moore of Exodus Mandate has estimated, based on statistics, that 70 to 80 percent of children 'will abandon the church and their faith in a public school career.'" (Ministers-Best-Friend.com, Southern Baptists: Fed Up With Public School?)

According to Woods, it is the blend of educational quality and eye-popping, low tuition that makes King's Way home school curriculum ideal for Christian refugees from the public schools. From the very beginning, school administration has been devoted to both, in the face of protests that they are mutually exclusive commodities. As noted earlier, King's Way tuition has been capped at $1,000 a year per student. And school leaders aim to keep it that way. http://www.kingswayclassicalacademy.com/mod/resource/view.php?id=6436

Woods estimates that when you factor in the cost of public school fees, fundraisers and functions, the true cost of public education is not far from $1,000 a year. With other Christian online schools in the $2,000 to $4,000 per student range and most brick & mortar Christian schools charging $5,000 and up, $1,000 annual tuition for live instruction is a remarkable accomplishment. How does King's Way do it?

In part it is reliance on part-time instructors, who in many cases are looking to supplement income from another full-time job. They enjoy the savings and convenience associated with being independent contractors and the Academy is relieved of the cost of tax and benefit packages. In addition, home school curriculum like math and science are especially amenable to larger than normal class sizes when taught online.

There are also the economies of scale. The more students the school serves the further it can stretch its already lean expense budget. "Our goal is to become the "Model T" of Christian online schools," Woods said. As you may recall, Henry Ford cut the cost of his Model T Ford cars so low that all of his workers could afford one. And by the "magic" of the price elasticity curve Ford made more money.

The school has adapted in other ways as well, first by moving beyond its premier offering of 60 courses, many in the classical core -- Latin, logic, rhetoric, classics. King's Way recently added a full complement of about 70 elective courses via a unique partnership with American High School.

Electives give students the opportunity to graduate from high school with a minor in a practical subject area. These include marketing, mathematics, foreign language, and government service, among others.

For most, this unique combination of educational theory and practice is an attractive package. It is especially appealing to Christian families exiting the public system and considering one of the online schools. http://www.KingsWayClassicalAcademy.com is the world's first classical Christian online school for grades 7-12. Unlike most online schools students learn critical thinking skills and how to communicate their thoughts effectively.

This homeschool curriculum costs about half as much as other Christian online schools. Classes are recorded so students leaving the public schools can jump in any time during the year.

"About 80% of Christian students attend public school," Woods observed, "They deserve a high quality, private alternative that doesn't require their parents to put a 2nd mortgage on their home to pay for."

For more on the King's Way homeschool curriculum get your free e-course, "How To Give Your Child A Classical Christian Education At Home" , at https://kingsway.leadpages.co/optinecoursekw/