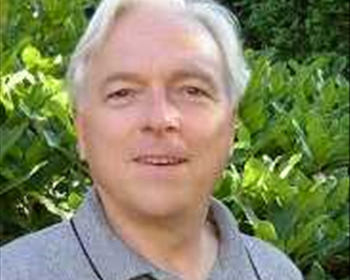 OM-Times Magazine, an online periodical dealing with metaphysical topics, published an article this week by dream analyst, David Rivinus. The article is about the meaning of feminine and masculine symbols in dreams. According to Rivinus, who is the author of the book “Always Dreaming,” published by Ozark Mountain Publishing, there is a great deal of misunderstanding about these two concepts when they appear in dreams. “Most people think of them as polar opposites,” he says, “but they’re not.”

The OM-Times article, which begins on page 96, can be read at the following link: http://www.editions.omtimes.com/magazine/2015-11-B/.

In the article Rivinus points out that masculine and feminine energies are qualities that exist within every human. “There is little correlation between a person’s sex and how much of these energies they rely on,” he says. He believes that the main thing is to understand that the two energies need to work as a team, and do so when they are functioning at their best.

Rivinus explains, “Although they are not opposites, they have a vital symbiotic relationship that helps us be creative, whether we are designing an artistic masterpiece or simply cooking a meal.” According to Rivinus, feminine energy is the primordial dreamer in us all. Feminine gives birth to our ideas through intuition. Masculine energy is the primordial craftsman. Its job is to build or “bring into being” the idea that feminine has dreamed.

“It’s as if feminine comes up with an idea and makes a blueprint,” he says. “It hands the blueprint to masculine, and then masculine becomes a contractor, making feminine’s idea a reality.”

Rivinus says that, in dreams, how well these two energies are working as a team says a lot about how well the dreamer is functioning. He uses the example of an artist who had repeated dreams of males in his life who were dying of brain tumors. This artist had lots of good ideas, but seemed incapable of bringing them to completion. “In other words, his feminine was working fine, having lots of visions of artistic projects, but his masculine ‘was dying’ and wasn’t able to make them real. The whole problem was being played out graphically in his dreams.”