MotoDiscovery Motorcycle Tours Are A Great Way To Experience Iran 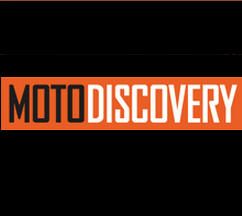 For over 30 years MotoDiscovery has been pushing the limits of motorcycle touring by operating tours to some of the most exotic and culturally distinct lands on the planet. 2016 is setting up to be a banner year. We are happy to be going back to the Islamic Republic of Iran from May 7th 2016 to May 27th 2016. This 21 day tour will cover 2,700 miles of riding through both Iran and Turkey. While many people shy away from riding in a country like Iran that is the exact reason that MotoDiscovery will be going back.

The Iran Motorcycle Tour consists of riding primarily on paved roads which vary in condition. As is the case with most countries riders will need to be able to adapt quickly to local driving habits and customs. The tour of Iran must be viewed by riders as an adventure to another land where you can be tolerant and accepting of other cultures and traditions.

We went to Iran in 2006 and the ride was the embodiment of MotoDiscovery’s adventure spirit staging the first ever organized ride for Americans through the country. This tour did not come without its controversies. During this time relations between Iran and the West were at an all-time low. Although the relations were not ideal between the two cultures what we found was the people of Iran were one of a kind and more than willing to welcome us and help us along the way.

in 2016 relations between the country and western cultures has warmed up a bit. We are excited to see what one of our favorite rides in 2006 has in store for us 10 years later.

As you can imagine facilitating a motorcycle tour in Iran is not easy, but it is what we do at MotoDiscovery. We will be riding BMW motorcycles sourced from Turkey and position them on the frontier of Iran in the Eastern Turkey city of Van. While traveling in Turkey and Iran we will ride in the Shadows of Mount Ararat and make way to the land once known as Persia. For over two weeks we will ride through the Republic of Iran and experience the sights, sounds, architecture, and culture of this great Nation. We will dip our toes in the Caspian Sea and enjoy the hospitality and culture of the Iranian people that we know will surprise you.

Many people have wondered about Iran and may even have their own pre-conceived notions. Either way the MotoDiscovery Iran Motorcycle Tour is a great way to immerse yourself in Iranian culture while experiencing a once in a lifetime ride. Visas and other documentation are required but will be managed by MotoDiscovery. This adventure tour is great for couples looking to travel together as long as the ladies agree to the Hijab law of the land and wear the traditional loosely fitting head scarf while in Iran.

Call MotoDiscovery today to find out more about our Iran Motorcycle Tour. 800-233-0564