Roak Brewing Co. will be the next location to install hop extraction equipment featuring the ShockWave Power Reactor which can result in both significant cost savings and exciting new flavor possibilities. 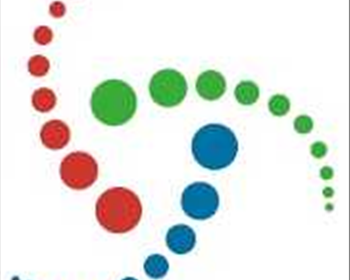 Royal Oak, MI – Hydro Dynamics, Inc, would like to announce that its technology integrated into the ApoWave© hop extraction technology will be installed at Roak Brewing Co. (Roak) in Royal Oak, MI.  Roak is centered on quality, creativity, and community with beers found great restaurants and stores throughout Southeast Michigan.  The ApoWave© equipment is expected to be installed in the next couple weeks with the first “cavitation” beers available shortly after.

Roak’s state of the art brewery and bottling plant, opened in 2015, boasts approximately 20,000 barrels of annual production.  Roak is known for its highly creative special release beers which should partner well with the capabilities of the ApoWave technology.  John Leone, co-owner and co-president of Roak, stated, “This is a great opportunity to advance not only ROAK but the entire craft brewing industry."

The ApoWave© technology is powered by the ShockWave Power™ Reactor (SPR™) cavitation technology by Hydro Dynamics, Inc. (HDI) and marketed by Apotek Solutions LLC (Apotek).  The SPR™ harnesses the normally destructive power of cavitation and controls it so its pressure fluctuations can be used for increased hop flavor extraction.  With the proliferation of microbreweries the demand for hops and the prices have increased.  When the SPR™ technology is applied to the different processes within the brew-house, combined with expertise in hop utilization, it allows brewers to produce bitter beers with 50% to 90% less bittering hops and 50% to 75% less aroma hops for dry hopping.

Apotek Solutions LLC was formed by a group of Engineers and process experts with more than 50 years of combined experience in the food and beverage industry.  Apotek specializes in applying new and unique technologies to current process systems for cost reduction, product improvements or development of products that were not previously available due to process limitations. From improvements to existing product lines to complete turn-key operations, we have installations throughout the Unites States, as well as countries such as Brazil, Chile, Colombia, UK, Turkey, Italy, Hungary, Switzerland, Finland, Saudi Arabia, Honk Kong, Thailand and Taiwan among others.   Learn more at: http://www.apoteksolutions.com.

Roak Brewing Co, a brewhouse featuring more than a half-dozen custom beers made on the site.  The 18,000-square-foot former warehouse in Royal Oaks, MI boasts a bar with capacity of about 120 people coupled to its brewing and bottling plant with capacity of approximately 20,000 barrels annually.  Roak is centered on quality, creativity, and community with beers found great restaurants and stores throughout Southeast Michigan.  Learn more at: https://roakbrewing.com.