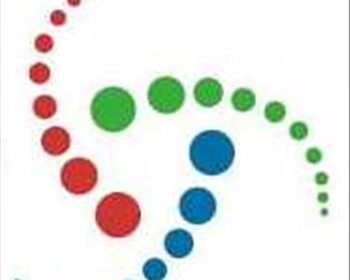 Hydro Dynamics, Inc. (HDI) of Rome, Georgia would like to announce that is has created a new cavitation themed blog.  The blog will contain fun facts about cavitation, company happenings and random facts related to its business areas.  HDI looks forward to using its blog to make customers aware of news that perhaps isn’t press release worthy, but fun and interesting to followers of the company and its ShockWave Power cavitation technology.  Please visit the blog at www.hydrodynamics.com/blog.  A sample entry is below:

Browsing CNN today we saw an article about a shock wave captured from an exploding star or supernova!  These first ever visible light images were captured by the Kepler space telescope.  It's called a "shock breakout" and lasted about 20 minutes and came from 1.2 billion light years away from a star about 500x the size of our sun.  The actual images themselves aren't too impressive, but heck, it's 7,054,350,447,800,001,512,464 miles away, what can you expect?  Shockwaves are indeed everywhere in our universe!

The brilliant flash of an exploding star’s shockwave—what astronomers call the “shock breakout” -- is illustrated in this video animation.  The cartoon video begins with a view of a red supergiant star that is 500 hundred times bigger and 20,000 brighter than our sun. When the star’s internal furnace can no longer sustain nuclear fusion its core to collapses under gravity. A shockwave from the implosion rushes upward through the star’s layers. The shockwave initially breaks through the star’s visible surface as a series of finger-like plasma jets. Only 20 minute later the full fury of the shockwave reaches the surface and the doomed star blasts apart as a supernova explosion. This animation is based on photometric observations made by NASA’s Kepler space telescope. By closely monitoring the star KSN 2011d, located 1.2 billion light-years away, Kepler caught the onset of the early flash and subsequent explosion. Credit: NASA Ames, STScI/G. Bacon


About Hydro Dynamics
Hydro Dynamics is the developer of a patented cavitation process intensification technology called the ShockWave Power Reactor (SPR), enabling customers to solve critical mixing, extraction and heating problems. Reactors are operating on four continents with well-known customers in applications as diverse as biodiesel to extracting flavor from hops for beer. The ShockWave Power Reactor allows customers to significantly decrease costs and increase profits, often with environmental and safety benefits. Learn more at http://www.hydrodynamics.com.