Dreams Involving Fire Are About Cleansing and Purging 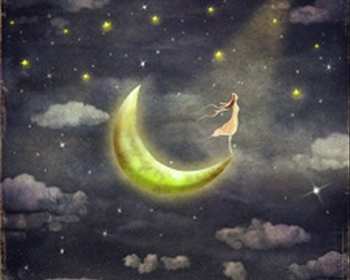 According to dream analyst, David Rivinus, dreams that involve fires are often about purging oneself of old attitudes or old ways of approaching life. He says that the bigger the fire, the more thorough the cleanse.

“A common dream is when the dreamer finds himself watching a structure burn down,” he says. Sometimes, the dreamer is inside of the structure, especially if it is a home. But like dreams of being under water, the dreamer almost always finds that he is uninjured, even though the flames are precariously close.

Says Rivinus, “Right now during summer, it is fire season in the Western United States. That means that news of burning is front and center in the media.” According to Rivinus, when we see an image that leaves an impression on us—from television or a newspaper—our subconscious registers it and is then more likely to use that image to express something symbolically in a dream.

“There are lots of images that metaphorically express cleansing,” he says. “A dream in which one is taking a bath using lots of soap is an obvious one.” But some metaphors are more violent than that. Dreams of clothes being ripped off, or even dreams of being shot are not uncommon dreams of purging. “We’re often afraid of these dream images,” he explains, “and it’s not surprising; they can be violent, and that is disconcerting.” But he adds that most such images actually contain constructive messages.

“It seems unfair to shock us with good news,” he says, “But that’s how dreams communicate with us.” A dream of one’s house burning down can be scary, and often the first reaction is to worry that it is prophetic. “Probably not,” says Rivinus. “While dreams can be literal, the vast majority are offering symbols about something else.” He goes on to explain that the symbol of a house usually has something to do with where the dreamer dwells in his consciousness. If the dreamer sees his house burning down, it probably signifies that there will be a change in the way the dreamer approaches or views life.

David Rivinus is a dream analyst in with over three decades of experience. He is the author of the book “Always Dreaming” published by Ozark Mountain Publishing. Rivinus has lectured, facilitated workshops and helped dreamers internationally. For more information, go to www.teacherofdreams.com