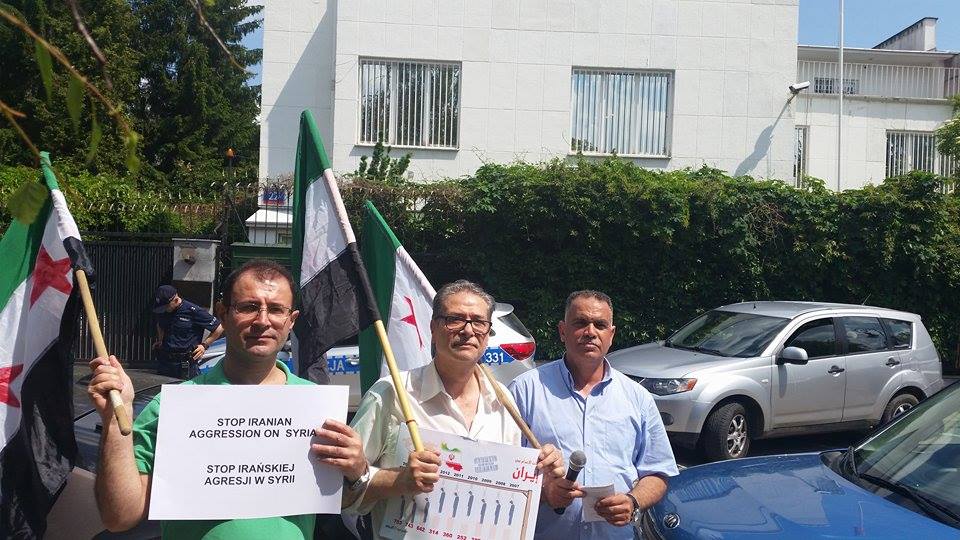 On Tuesday government officials in Helsinki are welcoming the Iranian Foreign minister Mr. Javid Zarid for cooperation talks on economy and trade, following the Iranian MPs trip on Monday to Poland, before then being received in Sweden on Wednesday and Latvia on Thursday.

In light of Iran’s continued human rights’ violations, The Media Express news agency on Saturday spoke to former Finnish minister of Commerce for his reaction. Mr. Kimmo Sasi said the cooperation talks should ‘require that in all contacts with Iranian authorities the question of human rights is raised and the condition of improvement of human rights is set as requirement of increased trade.’

Furthermore the former Finnish MP was critical on the point that ‘trade will only benefit ordinary people if the country respects basic human rights’; and ‘Tehran does not today respect basic human rights,’ Mr. Sasi went on to bring particular attention to the regime’s executions including of minors after unfair trials.’

The former Commerce minister is in agreement that increased trade ‘improves well being of our citizens’; but that with Iran’s human rights’ violations showing no sign of abating that ‘to advocate fair trade, the EU must not separate the issue of human rights when doing trade deals.’

‘this sort of [diplomatic] trip only emboldens the clerical regime in its wave of executions and suppression inside Iran as well as its war mongering and export of terror outside of Iranian borders.’

The spokesperson for PMOI / MEK also pointed out that ‘every day constant news of more executions, more egregious human rights’ abuses, more anti-human medieval punishments’ are reported in Iran. Concluding that ‘in that setting [of human rights’ violations] accepting Javid Zarif simply is tantamount to glossing over the dreadful human rights’ situation in Iran.’

The position of the PMOI is clearly that ‘we think any improvement of relationships with this regime should be conditioned upon improvement of the human rights’ situation in Iran, particularly the halting of executions.’

Humanitarian organizations will themselves, alongside urging the Finnish government to do so, release statements condemning the increasing human rights’ violations by the Iranian regime.

Focus will be on Finland’s government on Tuesday, following Mr. Zarif’s visit to Poland on Monday, but also pressure will be on Sweden and Latvia, where the Iranian Foreign minister visits on Wednesday and Thursday; to see if its governments push for open dialogue on the human rights’ situation in Iran. Various human rights’ organizations are ready to condemn the silence of EU member state governments and MPs if they fail to speak out against the regime’s continued abuses.

A total of 64 people have been executed by the regime in May alone, many occurring at the same time that EU heads of state, MPs but also high ranking UN officials have been in talks with the regime.

Mr. Javid Zarif’s EU state visit comes at a time when, on Saturday 21st May, Danish protestors rallied in the city of Aarhus to denounce the regime’s human rights’ violations; also urging European officials to ‘make improvements of relations with Tehran contingent on cessation of executions.’

Mr. Vidal-Quadras, who is currently president of the International Committee in Search of Justice (ISJ), said that ‘change for Iran must be applied economic[ally] but also [through] diplomatic pressures and Western [EU member] countries must profit where there is more dialogue. [We must] increase diplomatic and economic pressure, not decrease it, in the domain of human rights.’