Energy ONE Solar implies the benefits of Going Solar in Houston 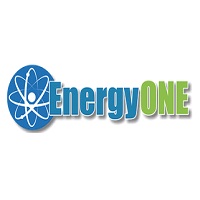 "It's time to use the sun to power your Houston home, farm or business," a spokesperson from Energy ONE Solar stated. Over usage of fossil fuels and other non-renewable sources of energy has put Earth in danger, which is why the company states that going solar in Houston is going to help secure a better future.A recent research revealed that an average home in the United States uses 10,000 kWh of energy per year. This energy consumption typically leads to $150,000 in lifetime power bills. Energy ONE Solar has been helping their clients in not just reducing, but also in eliminating utility bills for good."It is estimated that in the next 5-10 years, every home in America will pay a minimum of $.20 per kilowatt hour (kWh). In Houston, residents are already paying over 0.11$. Meaning if you consume 16,800 kWh in a year, you can count on paying your non-renewable utility provider more than $100,000 over the next 30 years," the spokesperson said.The company revealed that by switching to solar energy in Houston, users would be benefited monetarily by not just saving on utility bills, but by taking on less maintenance of their high quality solar panels. Notably, solar panels users are entitled to receive incentives from the government and also get to earn by directing excess electricity produced, back to the grid.Energy ONE Solar is the only solar company in the United States to offer continuing maintenance on the solar units installed both by themselves and their competitors as well. This is offered with an aim to help their clients reap the benefits of renewable energy for years to come. The company also stressed the fact that companies embracing solar power not just makes their business profitable, but also expresses their concern for the environment.About Energy ONE Solar:Energy ONE Solar is a leading provider of highest quality solar panels along with reliable installation and maintenance services. Their aim is to make every home and business energy independent. ###