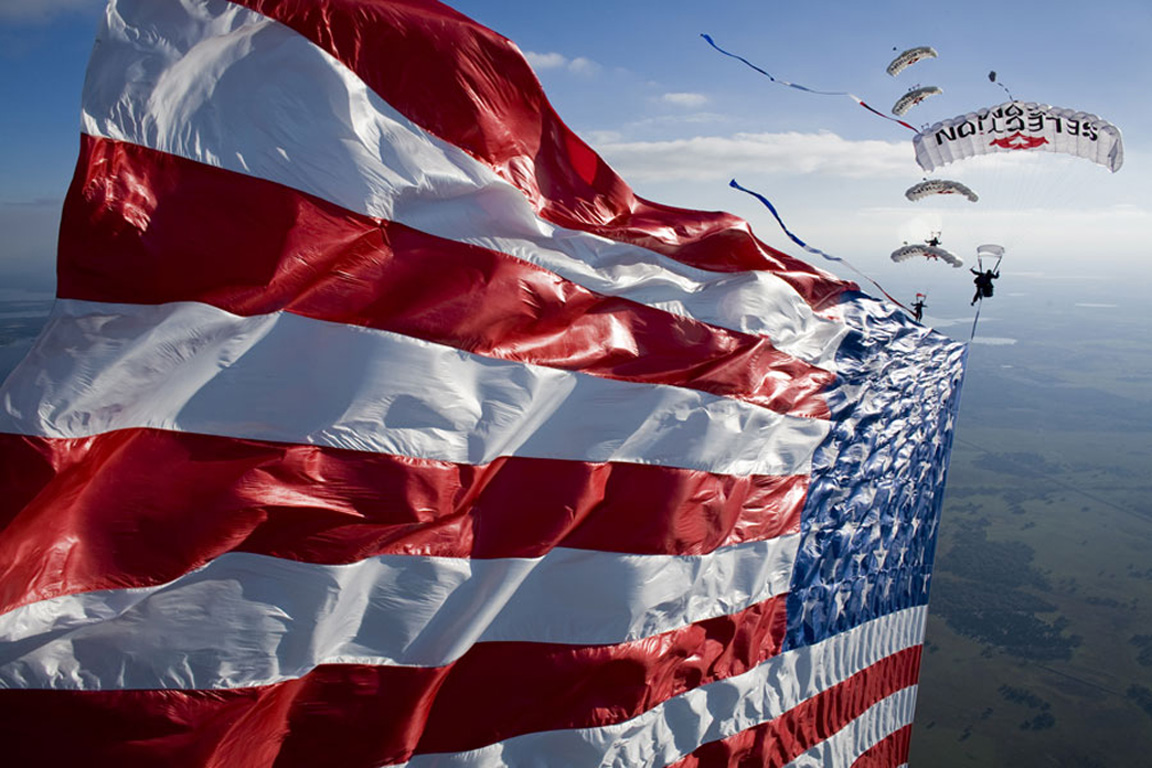 The largest flag EVER flown under parachute will blanket the skies over Middletown as Team Fastrax™ attempts to set a new world record in support of cancer awareness on Sunday, October 2, 2016.

The lavender-colored flag, which exceeds 18,000-square-feet, is representative of the lavender ribbon which brings awareness to all cancers. Lavender is often used to acknowledge any of the cancers that do not have a specific awareness color, or it may be used to represent a variety of different cancers that families might have experienced.

Additional members of Team Fastrax™ will fill the sky with Lavender smoke with simultaneous jumps.

The record breaking demonstration will take place at the Start Skydiving facilities, located at the Middletown Regional Airport, beginning at 1PM.  This event is open to the public, especially those who have been, or are currently impacted by cancer.

The largest flag previously flown while skydiving measured 15,458-sq- ft. and was achieved by Team Fastrax™/Larry Compton on behalf of the Internal Security Force Lekhwiya of Qatar, on December 10, 2015. That flag measured slightly larger than 198’ x 77’ in size.

This world record performance is to create a heightened awareness for all cancer research and is being done to honor the memory of Jennifer Rose Schaffer, who died in April from Pancreatic Cancer.  Jennifer is the Sister and Aunt of Team Fastrax™ members John Hart II, David Hart, John Hart III and Alex Hart.

John Hart said, “Cancer does not discriminate who it attacks.  We can all make a difference in helping to find cures and treatments for cancer.  Do not wait until tragedy strikes you or your family to get involved, start today.”

According to the most recent findings from the American Cancer Society there are more than 536,000 survivors in Ohio among the 15.5-million cancer survivors across the United States.

Team Fastrax™, sponsored by SELECTiON.COM®, is the most ambitious professional skydiving team in the world.  The team has a roster of more than twenty-nine active members, with a collective of more than 300,000 skydives. Team Fastrax™ has performed exhibition skydives all over the world for audiences large and small as a patriotic display or as a product promotion. www.teamfastrax.com

SELECTiON.COM® is a nationwide provider of criminal and pre-employment background screenings, also referred to as a Consumer Reporting Agency. Headquartered in Cincinnati, OH, SELECTiON.COM® is a veteran-owned company that has been in business since 1991 and offers more than 21 background and data collection services. www.selection.com

For questions or for an interview, contact John Hart II with Team Fastrax™ at 513-484-3680 or jhart@teamfastrax.com.