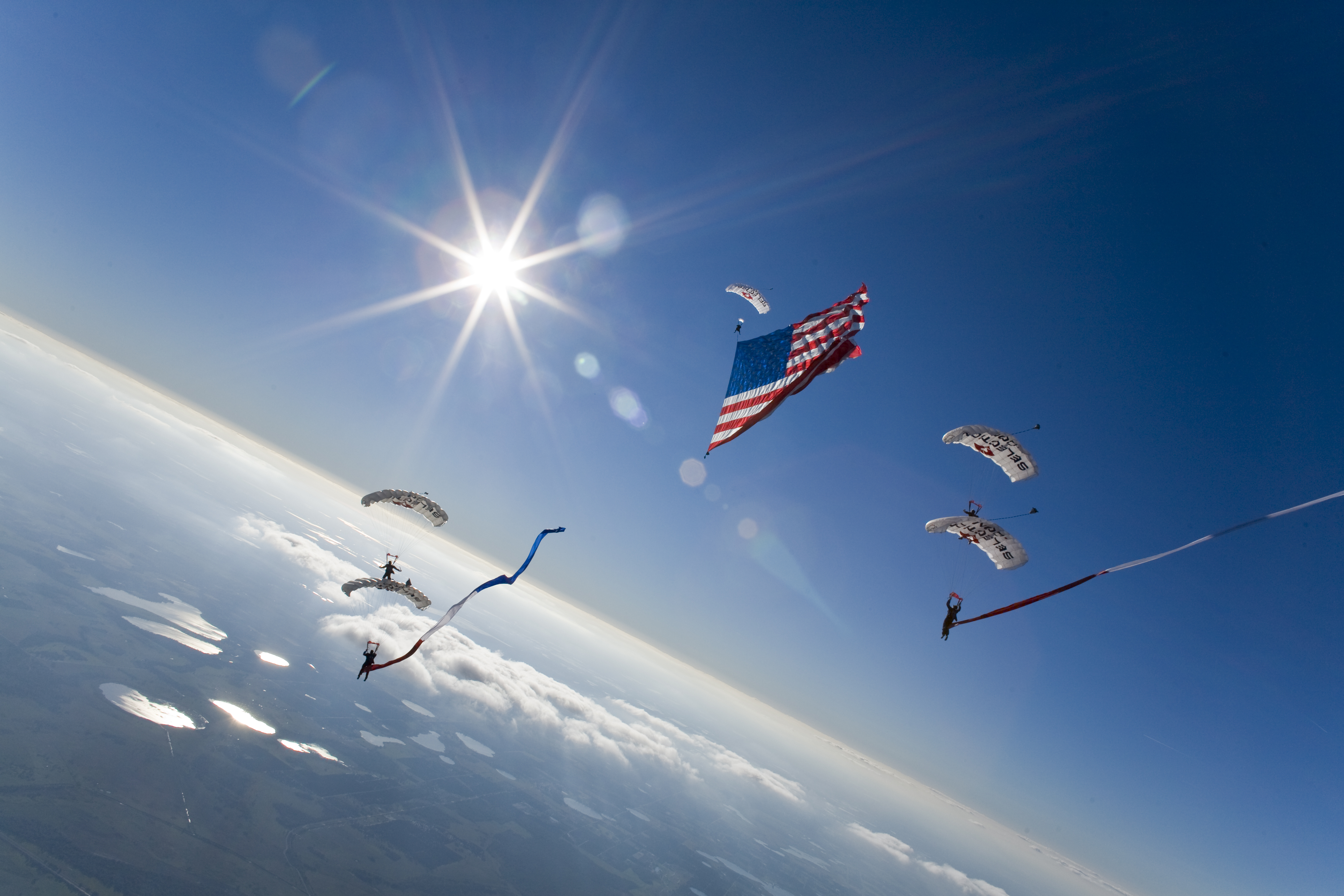 The Mississippi State Bulldogs will take on the Auburn Tigers Saturday, October 8th, at 12pm, in an exciting showdown at Davis Wade Stadium. The game will be televised on the SEC Network, and as part of the opening ceremony, Team Fastrax™ will gracefully skydive in with their 1,100 square foot American Flag and three red, white and blue streamers.  To take the performance to a whole new level for the spectators, the jump will be shown on the Jumbotron with their live air-to-ground video feed.

John Hart, owner of Start Skydiving, and Founder of Team Fastrax™ said, “We are honored to be performing our patriotic American Flag skydive for the Mississippi State football game. This is going to be a battle of two very good teams, and we’re thrilled to be a part of it.”

According to the Mississippi State website, the C Spire Fan Zone will be open from 8-10:30 a.m. SEC Legend and Honorary Captain Randy Thomas, along with Miss MSU 2016 Molly May, will be signing autographs from 8:30-9 a.m. Both will also be recognized during pregame festivities. The Dawg Rally will take place at 8:45 a.m., followed by the Dawg Walk at 9 a.m. Pictures with Bully XXI "Jak" and autographs from the MSU women's golf team will be available from 9:30-10 a.m. Recognition of former Diamond Dawgs and current Major League Baseball players Hunter Renfroe and Kendall Graveman is among in-game festivities. In addition to a performance by the Famous Maroon Band, halftime will feature recognition of the 1991 MSU Bulldog football team.

Team Fastrax™ is sponsored by SELECTiON.COM®, a leading provider of criminal background checks and pre-mployment screening services. They are the most ambitious professional skydiving team in the world. The team has a roster of more than twenty-nine active members, with a collective of more than 300,000 skydives. Team Fastrax has performed exhibition skydives all over the world for audiences large and small as a patriotic display or as a product promotion.

For more information and to purchase tickets, visit the Mississippi State website.