Donald Trump Faces A Turning Point In His Presidential Bid 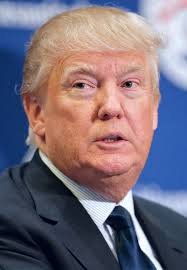 With just 26 days until election day, Donald Trump has borne the brunt of several incriminating documents, just a month before voters go to the polls.

Friday, October 7th a video was released detailing what some have described as extreme predator behavior from Donald Trump, in which he detailed how he would grab women’s genitalia and make sexual advances. Trump was recorded as saying that due to the fact that he was a “Star,” it gave him “a license to grope women.”

Billy Bush of ABC who performed the interview in 2005 has already been permanently suspended from his hosting role; while the Trump campaign has already apologized, many are enraged with his seemingly complete disdain and dismissal of the subject, calling it “locker room talk.”

Yesterday, October 12th stories surfaced from both the New York Times and People Magazine of 3 women who claimed to have been groped by Mr. Trump. Donald Trump and his attorney claim that there is no merit to the reports, labeling them as “fiction,” and a pure attempt of character assassination.

"These claims are all fabricated. They're pure fiction and outright lies. These events never, ever happened," said the Trump campaign. Donald Trump has vowed to sue the publications for their attack on his character.

Reports are surfacing that multiple anonymous women are now emboldened by the reports, and have come forward to claim that Mr. Trump’s behavior when he owned the Miss USA pageant as “leering and lewd,” stating that he entered rooms contestants " were topless ... some were naked.”

Trump’s core base of supporters remain strong, but polls have shown that he has lost ground both with voters strong Republicans who have retracted their endorsements.