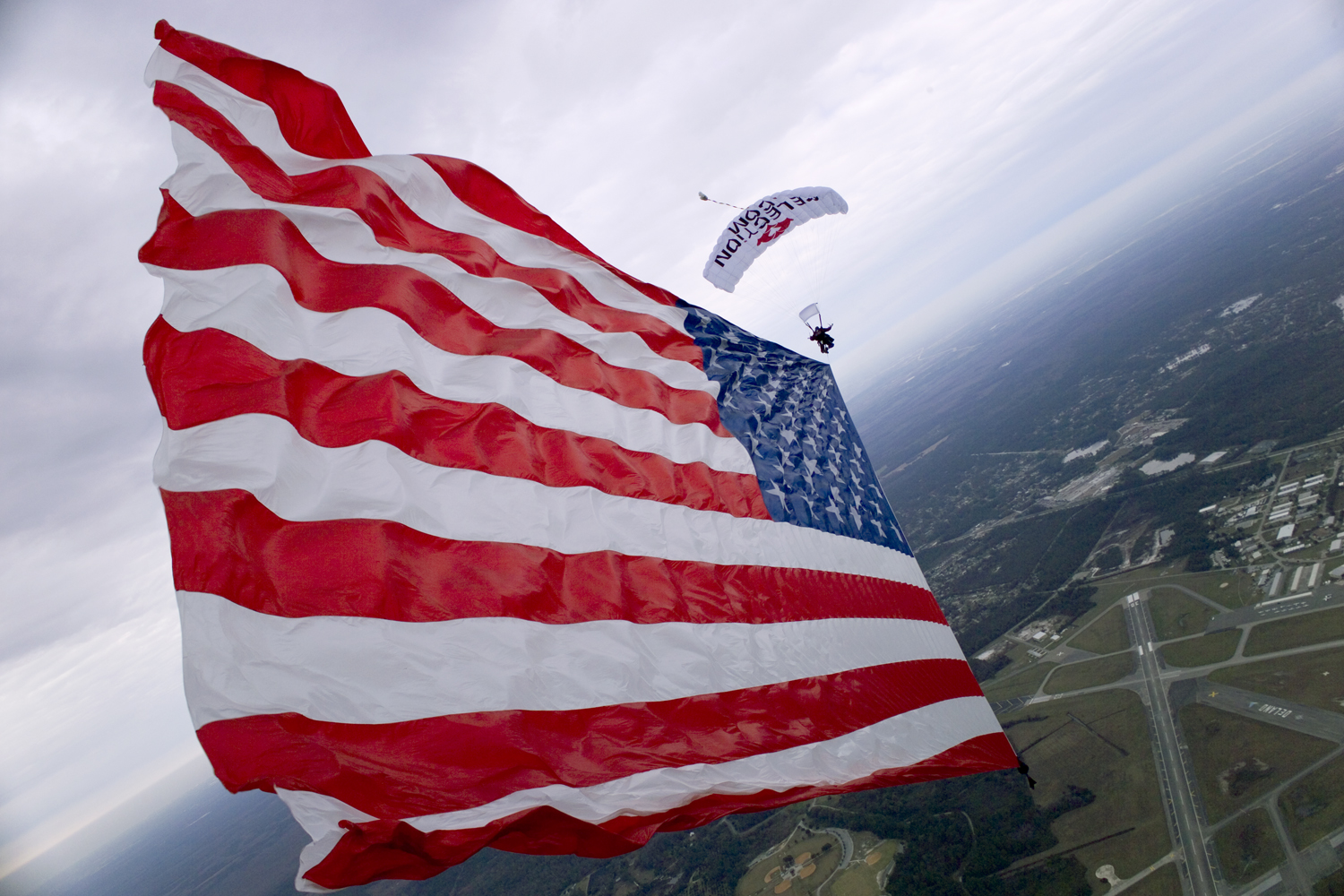 The University of Illinois Fighting Illini will take on the Minnesota Golden Gophers Saturday, October 29th, at 11am CT, in an exciting showdown at Memorial Stadium. The 106th Homecoming game will be televised on the Big Ten Network and BTN2Go, and as part of the opening ceremony, Team Fastrax™ will gracefully skydive in with their 2,000 square foot American Flag and two red, white and blue streamers. To take the performance to a whole new level for the spectators, the jump will be shown on the Jumbotron with their live air-to-ground video feed.

John Hart, Owner of Start Skydiving, and Founder of Team Fastrax™ said, “We are honored to be performing our patriotic American Flag skydive for the University of Illinois’ Homecoming football game. This is going to be a battle of two very good teams, and we’re thrilled to be a part of it.”

According to the University of Illinois website, Saturday's game will be the 69th meeting between the two teams. The first 5,000 fans to enter stadium get a mini Red Grange statue replica. Minnesota leads the all-time series 36-29-3, but the Illini hold a 17-15-1 margin in Champaign. BTN Tailgate will be broadcasting live from Grange Grove from 9:30-11 am CT on Saturday prior to kickoff. Host Dave Revsine and analysts Gerry DiNardo and Anthony Adams are expected to be joined on set by several Fighting Illini special guests.

Team Fastrax™ is sponsored by SELECTiON.COM®, a leading provider of criminal background checks and pre-employment screening services. They are the most ambitious professional skydiving team in the world. The team has a roster of more than twenty-nine active members, with a collective of more than 300,000 skydives. Team Fastrax has performed exhibition skydives all over the world for audiences large and small as a patriotic display or as a product promotion.

For more information and to purchase tickets, visit the University of Illinois website.