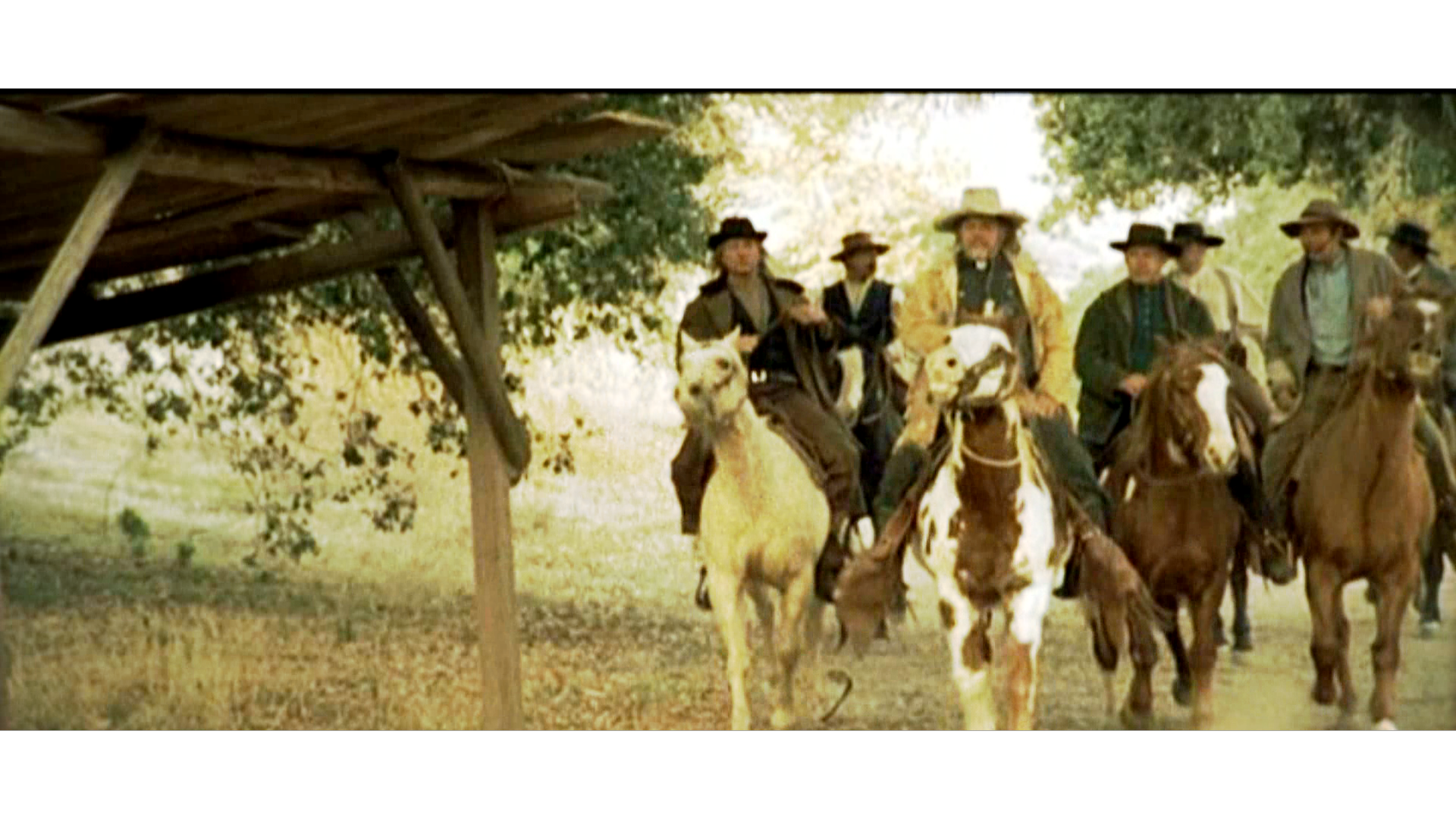 "Railroad To Hell: A Chinaman's Chance" Is The New Award-Winning Film By Aki Aleong with Edits By Dustin Ferguson That Is Set To Open 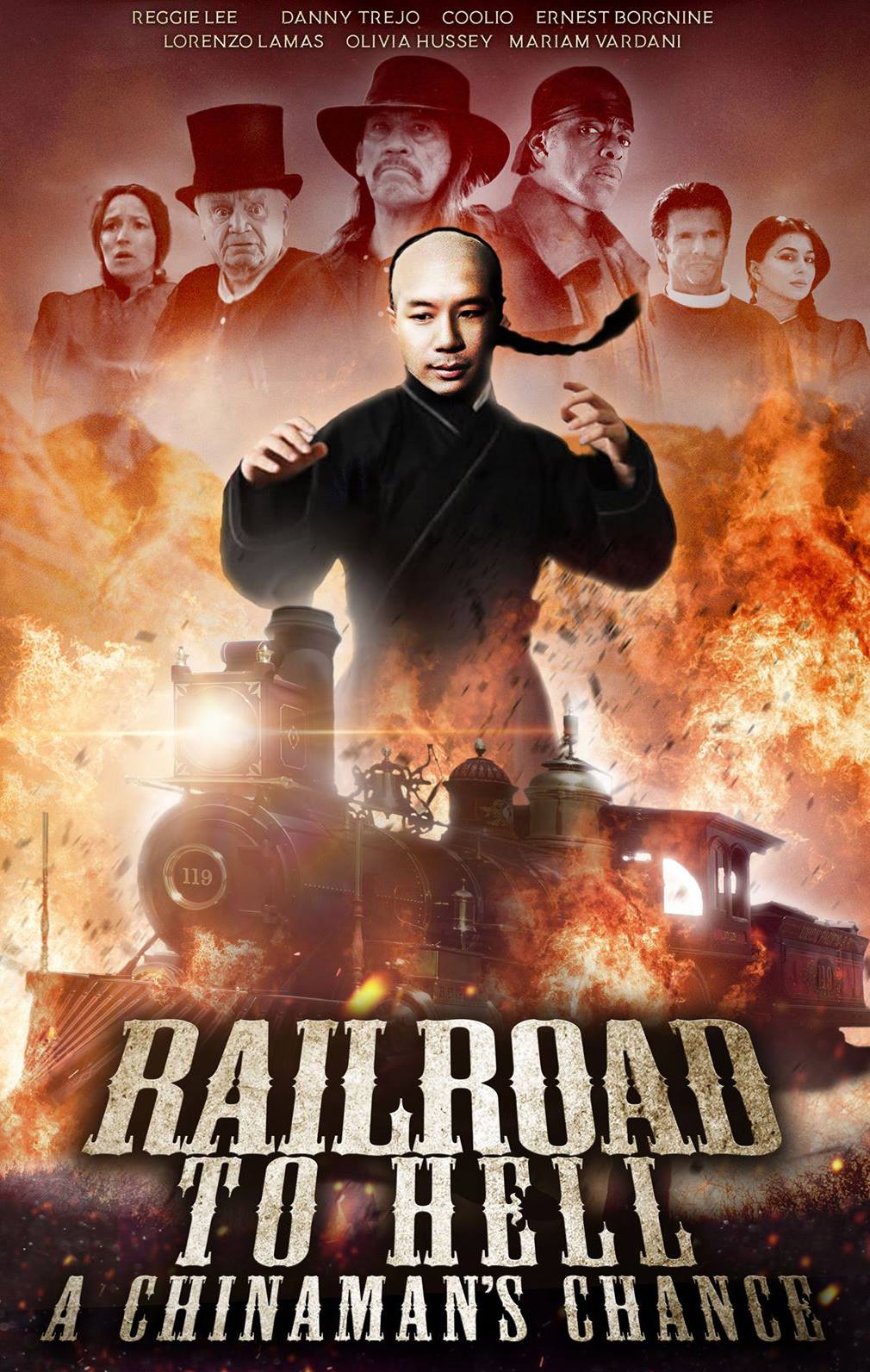 HOLLYWOOD – March 30, 2018 -- Noted filmmaker Aki Aleong has announced that his award-winning film, “Railroad to Hell: A Chinaman’s Chance,” is now set for wide release.  The film searches for answers to the questions, “Can love, forgiveness and redemption transform the violent lawless Wild West into a more peaceful, moral and enlightened America?  Can a Chinese fugitive find justice in America, the ‘Land of the Free and the Home of the Brave,’ a mecca for immigrants where the American Dream is an ‘inalienable tradition’?”

"Railroad to Hell: A Chinaman's Chance" explores the exploitation of Chinese workers during the building of American railroads.  The workers not only spent long hours, but the work was often dangerous and fatal.

The Chinaman is a fugitive on the run, and all odds are against him.   While stealing a horse was a hanging offense in the Old West, our fugitive knows that killing a Chinaman is not a crime.

Chinese workers worked long hours and had to pay their headmen or contractors for lodging and food and even for their tools; On the other hand, the Central Pacific and Union Pacific provided white workers accommodations, food and tools without additional cost. Alexander Saxton, in “The Army of Canton in the High Sierra,” calculates that Chinese labor cost the railroad companies two thirds of what was paid to white workers.  In 2009 the State of California officially apologized to the Chinese people – after 127 years.”

“Railroad to Hell: A Chinaman’s Chance” is directed, written and produced by Aki Aleong, who also wrote the screenplay.  The final version of the film, a production of Mustardseed Films and Ace Studio is edited by award-winning filmmaker Dustin Ferguson.

About Aki Aleong – Actor, Producer and “Citizen of the World”

Aki Aleong’s career has spanned more than 60 years as an actor, singer, writer, producer, and activist.  When one mentions martial arts and action film stars, the name “Aki” typically follows.  In Chuck Norris’ “Walker, Texas Ranger,” Aki plays Yoshi Sakaii, a powerful member of the Yakuza in the episode titled, “A Shadow in the Night” (1993).

Though a heroic rights activist in real life, Aki has often played villains. In “Braddock: Missing in Action III” (1988), Braddock’s wife and son are captured by soldiers of the sadistic Vietnamese General Quoc, played by none other than Aki.

Aki also boasts extensive experience as a record executive producer/artist. He was Chairman of FORE (The Fraternity of Recording Executives), an organization dedicated to bringing Executives of Color into the Music Industry. Other affiliations include President of Pan World Records and Golden Dragon Publishing companies. He was the National Director of Black Promotion for Polydor/Polygram Records and also worked with Liberty/UA Records and Capitol Records. He has also produced records for Columbia Records, Capitol, Liberty/UA, Artista and other prominent labels. Aki is the first Asian American to have a Top 100 record, which he wrote and co-produced, on the National Charts in the USA.

Aki has served on the National Board of the Screen Actors Guild; appointed National Chair of SAG'S EEOC and was a member of the President's Diversity/Affirmative Action Task Force. He has also been Executive Director of AIM (Asians in Media), Vice President of The Media Coalition of Los Angeles and President of MANAA (Media Action Network for Asian-Americans).

Among Aki’s numerous awards includes an Honorary Doctorate from New Dimensions University in 2013.  Aki is also the President and CEO of Mustard Seed Media Group (http://www.mustardseedmediagroup) and the Senior Advisor to Ace Studios in Hong Kong.

Dustin Ferguson has owned and operated several film distribution and production companies, including 42ND Street Films and Sinister Studios.  He has directed over 50 features.  He has edited “Sleepaway Camp IV” and now “Railroad to Hell: A Chinaman’s Chance.” He has also produced and directed over 80 music videos and has been hired by Wild Eye Releasing to direct four feature films in 2018.  His film “Nemesis 5: The New Model” will be released in spring 2018, already having earned rave reviews.  “Nemesis 5” is executive produced by Albert Pyun and Mark Popejoy, and is associate produced by Aki Aleong.  Dustin’s upcoming Sci-fi / Action / Martial Arts thriller “RoboWoman” will star Aki Aleong and Dawna Lee Heising, who is also the Vice President of Mustard Seed Media Group and an associate producer on “Railroad to Hell: A Chinaman’s Chance.”