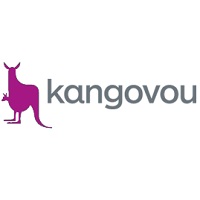 Kangovou, a bento lunch box company, recently published a blog post educating parents on the dangers of using melamine dishware for their children. Often thought to be a safe form of plastic, melamine can actually present serious harm.Melamine is a white, crystalline chemical that was developed in the 1830s. When combined with formaldehyde, it makes a plastic substance that is easily moldable and almost impossible to break. Melamine is lightweight, shiny, and does not melt when heated, making it a popular choice in restaurants and for parents of small children. It was used to make plates for soldiers during World War II and was also ubiquitous in the 1950s, when people sought out more modern-looking items for their homes. Melamine has seen a resurgence recently due to a renewed interest in vintage aesthetics, with many consumer goods companies incorporating it into retro-themed collections.Despite its popularity, melamine has been known to cause serious health problems. In 2007, it caused thousands of pet deaths after it was discovered that a Chinese company used melamine powder as a filler in its pet food. The following year, another Chinese company used melamine in baby formula, causing at least two deaths and sickening more than 1,000 babies. A 2013 study showed that when melamine is heated or comes into contact with acid, such as orange juice, the plastic becomes unstable. As a result, melamine particles leach into food, potentially causing kidney stones and kidney failure. The FDA considers melamine to be safe to use so long as it is not heated to more than 160 degrees, and melamine plates should therefore never be microwaved.Instead of melamine containers, choose a safe alternative for your family. Kangovou's metal bento lunch boxes are free of melamine, PVC, BPA, phthalates, and other harmful chemicals. They are double insulated to keep foods as hot or cold as they should be, with a snap-on lid that prevents spills. The containers have an adjustable divider that makes it easy to store different types of food, like a sandwich and some side dishes or snacks, all in one box. Using one container to store a full meal cuts down on clutter in your home and makes it easier to wash, pack, and transport lunch containers each day. Kangovou can be contacted online at https://www.kangovou.com/. The company is headquartered at 8311 Brier Creek Parkway, Suite 105-99, Raleigh, NC 27617.###