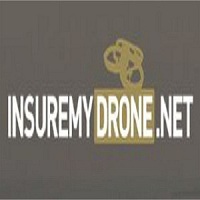 Insure My Drone, a California drone insurance firm, recently published a blog post explaining the uses of drones in the entertainment industry. The precursors to modern drones were created after World War I and consisted of a small, pilotless aircraft. Technology continued to improve, with radio-controlled aircraft being developed in the 1930s. The Israeli army used drones in warfare with minimal losses in the 1980s, sparking interest across the globe in further developing drones for use in combat. Since then, drones have been used in militaries around the world, as well as in various other industries, including business, distribution, and entertainment.

Filmmakers, television directors, and photographers alike have begun using drones to create new forms of entertainment. Drones allow them to shoot in locations that may be inaccessible by a human camera operator. They also eliminate the need for expensive and dangerous helicopters and crews for filming aerial shots and action sequences. Drones can move and stop quickly, creating dramatic footage. Many drones are easy to pilot and can be used with a variety of cameras. In addition, some have special features that prevent them from crashing and allow artists to pre-plan the drone's route. Thanks to their versatility and relatively cheap price in comparison to other film making tools, drones have become increasingly popular in the entertainment industry.

Drones are a significant investment for many, and it's therefore important to get insurance coverage for you and your drone. Insurance can help you repair or replace the drone and any property damaged by the drone. It can also help pay for medical expenses and legal fees related to libel, slander, right of publicity, and copyright infringement suits. Purchasing insurance coverage can help drone owners avoid expensive fees and other costs resulting from their drone use.

Insure My Drone provides a variety of drone insurance options, including medical insurance, hull coverage, and personal and advertising liability insurance, among others. The MFE Insurance Brokerage affiliate is based in Los Angeles but serves customers throughout the country.

For more information, or to purchase drone insurance, call Insure My Drone at 213-445-5719 or visit the firm's website at https://insuremydrone.net.