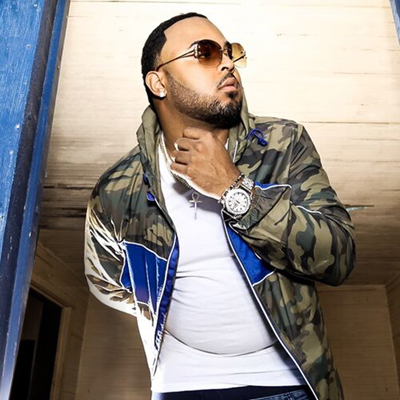 Jon Clawd is a talented hip hop artist that is looking to make a name for himself in the industry by treating lovers of good music to captivating and melodious sounds and lyrics. Known for his characteristic infusion of the soulful sound of trap hip-hop into a sonic self-portrait, Clawd released "Clawd Have Mercy," a few months back where he worked with Grammy-nominated producer, Majid "Chi" Hasan at the console.

Clawd has gained a reputation for effortlessly spitting tight, streamlined verses, which was again replicated in the single produced by Hasan. "Clawd Have Mercy" is unlike the usual trap music, and it is no wonder it has recorded great success in a relatively short while. Most recent Jon Clawd just dropped a brand new video titled "All My Life."

After an adventurous journey across several paths, Clawd has come back to his first love - making good music, arriving as a complex and multifaceted modern artist. His amazing blend of soul, work and originality have helped him to carve a niche for himself in the entertainment world, a feature that remains evident in his recently released project - Fried Fish and Moonshine.

In addition to providing thought-provoking music to the world, Clawd has also shown his versatility and creativity in motion pictures, as he is also currently working on his emerging web series Little Town, Big Trouble, an on-going project that he helps write, cast, film, and direct. This is in addition to his single titled "Jemmi Kemmil."

Unique combining rigid discipline and dazzling talent on display, the entertainer has been described by many as the missing innovator in the world of trap music and probably the first inductee to its own hall of fame.

Jon Clawd is not looking rest on his hoax as he is currently on a promotional tour to push "Fried Fish and Moonshine" and recently launched out the visuals. He is also looking to make 2019 an amazing year for himself and lovers of music worldwide as he gears up for the 1st quarter of 2019 with his follow up EP entitled Fine Baby.

The music industry and the world as a whole can only sit back and watch Jon Clawd do what he knows how to do best - entertain.