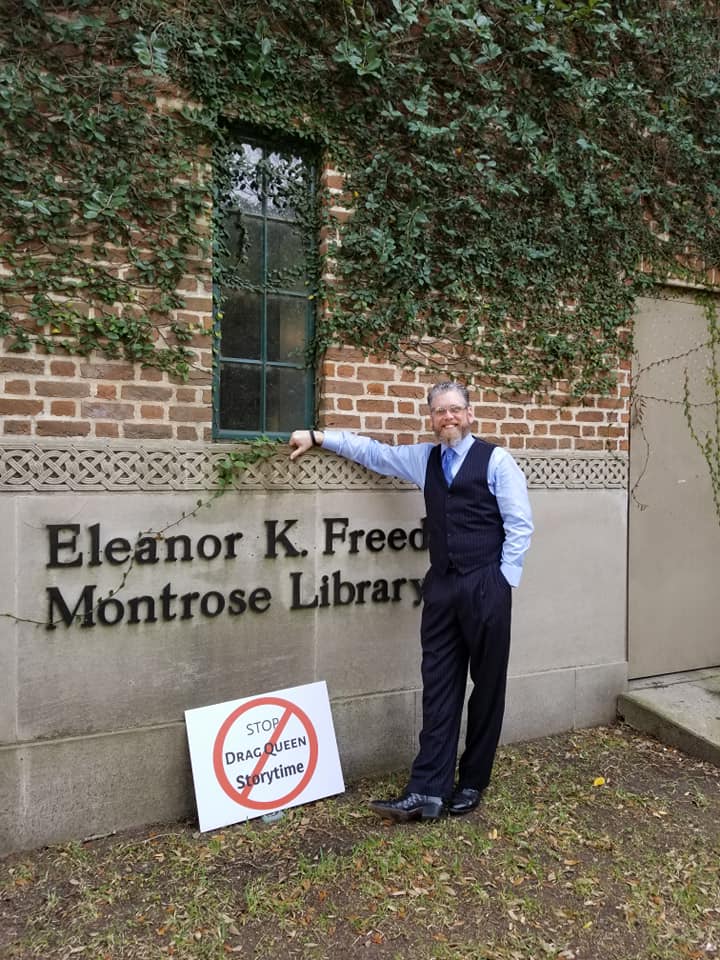 In a barrage of bad news for Mayor Sylvester Turner and Ellen Cohen, City Council Member and other members, who have defied concerned citizens over Drag Queen Storytime (DQST) being sponsored at the Montrose-Freed Library in Houston, Texas Attorney General Ken Paxton has ordered a release of all FOIA (Freedom of Information) requests presented by Houston businessman Tex Christopher in his legal challenge that has now been appealed to the 5th Circuit Federal Court in New Orleans - to be reviewed this summer against the city.

Tex Christopher provides a 24-minute video brief on the case at the steps of City Hall in Houston:
https://www.youtube.com/watch?v=RPChWur7UG0

Christopher sued Rhea Lawson, Houston Public Library Director, in 5th District Court and needed these official communications to demonstrate the city’s involvement and level of support and coordination for DQST. A judge ruled against his case in January, so Christopher appealed to the appellate – arguably the most conservative court in the land.

Councilwoman Cohen was quoted at a recent council meeting as saying, “The people that you need to be worried about attacking your children are the people next door, the ministers, and the religious leaders.”

A planned protest and press conference is set for March 30, 2019 at the Montrose-Freed Library located at 4100 Montrose Blvd., in Houston from 1pm to 4pm (media should attend at 2pm for press conference).

The city had attempted to refuse this trove of releases and, as a consequence, over the weekend the information has revealed that a registered sex offender has been allowed to read to children on several occasions and has benefited from the protection of the city and the Houston Police Department. Major news sources have covered this negative publicity for the program and the city.

“Citizens have issued concerns about Drag Queen Storytime to the Houston City Council and the Mayor on several occasions at council meetings,” says Christopher, CEO of Tex Christopher Studios, a start-up venture bringing focus to enhancing “family-friendly” film production in the state of Texas. “We have been ignored and ridiculed by many on the council and now they aren’t laughing anymore and my lawsuit isn’t going away. They have violated the Constitution by endorsing the LGBTQ religion which we will prove is inseparably linked to Human Secularism. Human Secularism has already been deemed a religion by the Supreme Court. The case will be shocking to many who don’t know the legal issues.”

Drag Queen Storytime is seen by many as a safe way to introduce kids to reading; however, Christopher notes that “many see it as a threat to children, adding confusion to parents and children alike. Many Americans may not even be aware of the laws being broken in their state that are designed to protect kids and the Constitutional crisis that this case presents to all.”

“Drag Queen Storytime is not something our government needs to be sponsoring, protecting, or endorsing via the power of local city municipalities, state and federal governments,” Christopher says.  “This storytime is becoming a nightmare for those who are not taking heed and when the courts rule in our favor it will be quite an education and lead to major reversals to an agenda that has been forced on the American public under the guise of diversity and inclusion.”