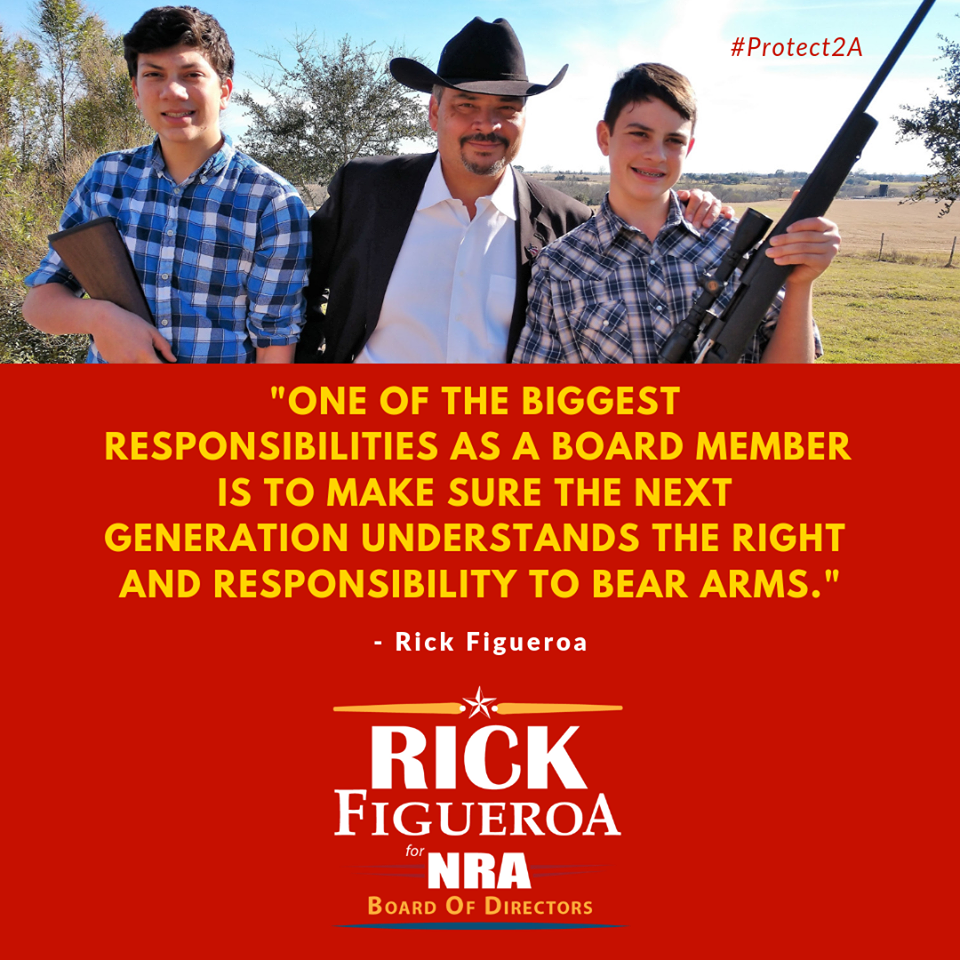 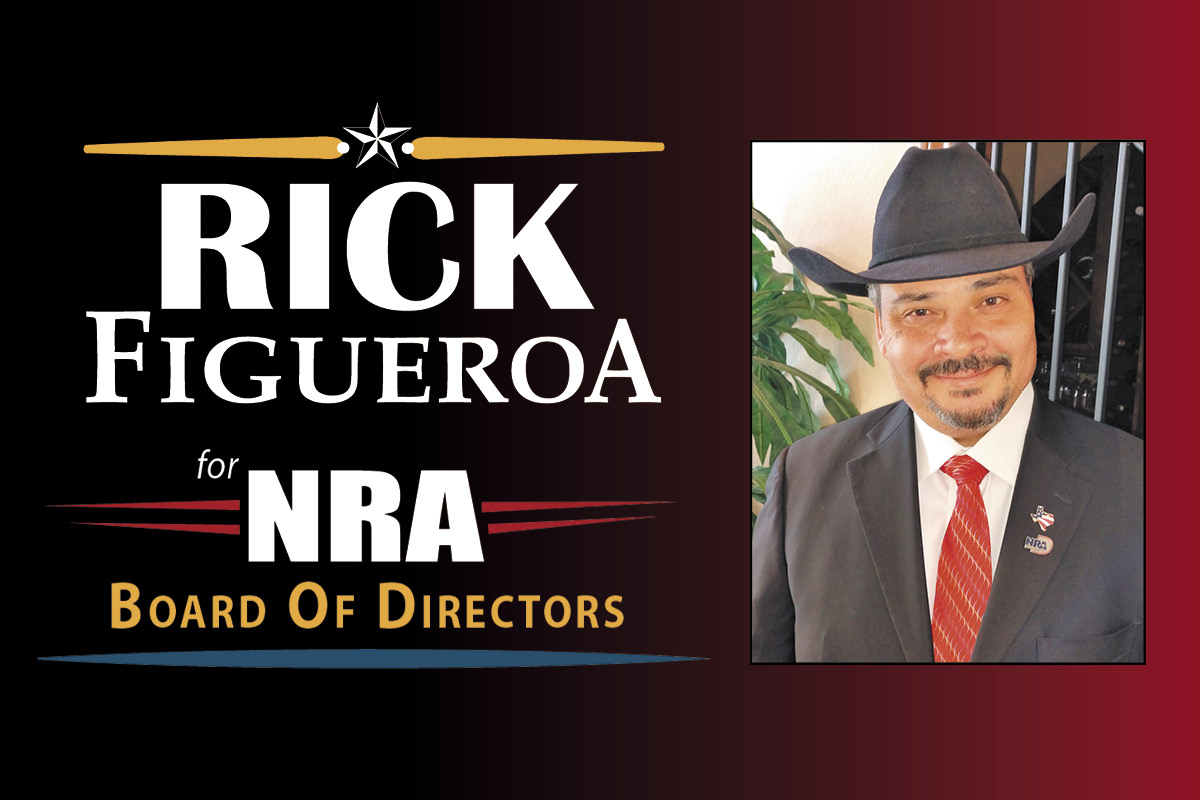 Rick Figueroa is known in political and business circles across America. He has always been on the forefront, helping those fighting for liberty and their constitutional rights. His current involvement with NRA’s outreach includes working with minority communities, which opened the door for his candidacy. He recognized early that the NRA needed more inclusion.

“I am a person who believes in freedom and liberty,” says Figueroa. “The NRA is the last line of defense to protect our American right to have firearms without government constraint. Freedom is not just a slogan; it is a strategy that has kept this country prosperous, strong and a beacon of hope to the world. Without these rights, America could very well become a socialist, even a communist nation.”

“There are many leadership challenges and issues that need to be addressed given the onslaught of attacks against our Second Amendment rights,” he says. “Thankfully we have an organization that is striving to address those issues on behalf of many diverse groups of people, reaching the next generation, and reinforcing the concerns with current active members who want a Board Leader who will fight for our gun rights like never before.”

The NRA membership is a voice heard at the highest level of government and is comprised of 75 board members, with 25 rotating off the board each year. Mr. Figueroa is being considered along with 35 other candidates.

Reaching the Next Generation: https://www.youtube.com/watch?v=h26HmzbOXAA

Figueroa’s campaign is being implemented by Charlie Alpha Consulting based in League City, with a focus on grassroots support, key endorsements, and social media.

Who can vote? NRA life-time members and 5-year-plus members (some restrictions may apply). Visit or call the NRA at 1.800.672.3888. Other requirements, be at least 18 years of age, a U.S. Citizen and active member for at least 50 days prior to voting.

When? Now, by mail-in through April 7 or at NRA Convention (www.NRAam.org) to be held in Indianapolis, IN, April 26-28, 2019 (All qualified members can vote at the convention if attending).

How? Via the ballot in American Rifleman Magazine and other NRA magazines, ballots must be submitted to NRA Headquarters by April 7, 2019.

If not an NRA Member, please consider becoming a Life-Member and voting after 50 days to meet deadlines or voting for Rick Figueroa at the convention. You may also endorse him or tell friend who is a voting member.