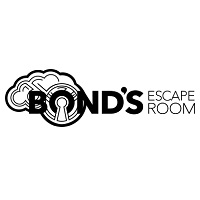 Arlington, Virginia (Findit) May 14, 2019 - Bond's Escape Room, an escape room  recently released a blog explaining the five stages of team development and how team building activities can facilitate those stages. These stages begin taking place as soon as a team meets and end after a project is complete, playing an important role in helping the team succeed.

The five stages of team development are known as forming, storming, norming, performing, and adjourning. The first, forming, refers to how the team's members get to know each other. They examine the skills of each member, discuss project goals and timelines, and establish rules and goals. As people become more comfortable with each other, they may begin expressing disagreement -- or storming -- more strongly. Learning to address and resolve conflicts is critical to team development and leads to norming, in which team members' strengths are appreciated in spite of any perceived flaws as the team begins to work together more cohesively. In the performance stage, team members have reached their peak. They are working together effectively, solving problems quickly, and making progress towards their goal. In the adjourning stage, the team presents their final results and disbands to create new teams focusing on new projects.

Through team building exercises, your group can familiarize itself with each of the five stages of development. Most activities require teams to work together towards a common goal, which tests their analytical, communication, and planning skills, among others. As teams brainstorm ideas and learn to work with each other, they may encounter conflict, cohesion, and higher performance together before the activity ends and the group separates. By simulating the stages of team development in a single day, your team puts itself on the fast track to greater success, as they will better understand how to handle each stage of development with the next team they join.

Speak to Bond's Escape Room for more information and to schedule your own corporate event. Bond's operates an escape room venue that features rooms filled with theater-grade props and a variety of exciting themes. In just 60 minutes, your team can work its way through each stage of team development, growing closer and learning how to handle the ups and downs of project realization as they try to escape.