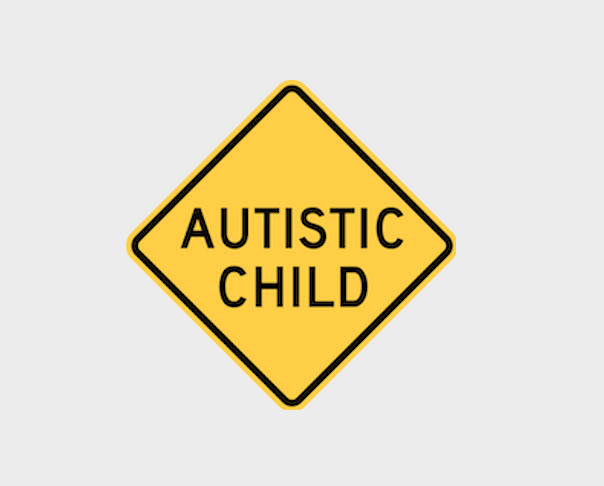 A neighborhood street sign that warned drivers passing through to be aware of a child with autism was vandalized over a simple choice of words. Austin Sharon, who is six, of Garden City Michigan was diagnosed with autism at an early age, but as he grew older, he began to run out of his front door without his parents approval.

As a result, the family added extra locks and an alarm system to their home to help better monitor and protect Austin. Last year, the family installed two street signs at each end of their street that read, “Autistic Child in Area.’
What was intended to be even more peace of mind for the family, ended up offending someone because on Monday, the mother noticed that one of the sings had been vandalized. Tape was placed over “Autistic Child In Area” and new words that read “Child with Autism in Area”.

As more and more light is shed on autism and how if affects children and even adults, many who are part of the community or have siblings, relatives, or friends that have autism prefer the terminology 'person with autism’ as opposed to ‘autistic person’. The reason for this is because many people do not consider autism to be a part of an individuals identity and they want ‘person-first language’.

In either case, vandalizing a street sign was not the correct way to handle this situation as now the once reflective sign is barely readable at night with the tape on the front. The mother has since removed the tape and hope the vandal does not come back to re-tape over the sign.