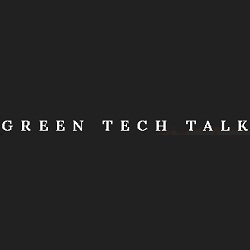 Fairfax, Virginia (Findit) May 29, 2019 - The researchers at Green Tech Talk recently released a blog titled "what causes climate change", discussing the factors that cause climate change and how consumers can help combat its effects. While humans are largely responsible for climate change, they can also be a part of the solution by using more renewable energy resources.

During the last 200 years, humans have increased their use of coal, oil, and other fossil fuels. This is due in large part to the Industrial revolution, during which factories and cities developed rapidly and used fossil fuels to promote that growth. However, these fuels have also increased the amount of greenhouse gas in the air, increasing the Earth's temperature. Large-scale deforestation has also contributed to emissions. When trees are cut down, they release carbon into the atmosphere, where it interacts with other greenhouse gasses. Finally, urbanization and changing land use has become a concern. As cities grow, the high concentration of people, pavement, and roofing materials increases temperatures in the area. All of these factors have contributed to warmer temperatures around the world.

Thankfully, renewable energy developments within communities, technology, and industries around the world are combating climate change. Many communities have installed community-based power grids, which consist of standalone renewable energy generators that can power entire cities. Government officials in California and Hawaii have made the bold commitment of powering their states entirely with renewable energy by 2045. Technological developments, such as cheaper electric vehicles and renewable power storage devices, have encouraged consumers to use more renewable energy. Finally, industry leaders like PepsiCo and Apple are taking strides to reduce their emissions and set an example for their counterparts.

For more information about developments in renewable energy, visit GreenTechTalk.com. Understanding these developments can help you make more informed choices when it comes to using renewable energy in your daily life. You may consider installing solar panels, purchasing an electric vehicle, or asking your power company if you can receive your electricity via renewable resources after learning more about each of these options. These small changes in your daily life not only help combat climate change, they also set an example for your community to follow.