Kathy Griffin Wants To See A Female President In Her Lifetime 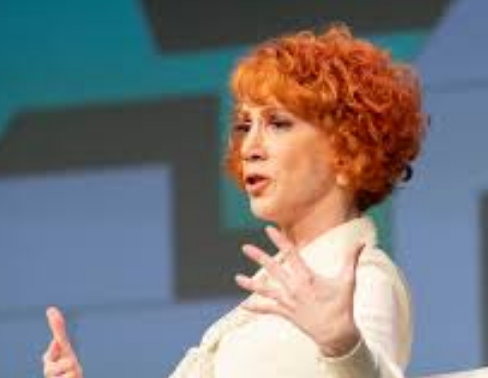 During a build series interview on July 18, 2019 which was to promote her new documentary, Kathy Griffin: A Hell Of A Story, Griffin did not shy away from providing her own opinion on who she wants to win the presidential nomination.

In the interview, she states:

“I want a female president before I die, OK? I don't care if I'm on life support with a freaking tracheotomy and a feeding tube. I want a female president so I'm just so torn between Kamala [Harris] and Elizabeth [Warren]. I wish there could just be like a double presidency without a VP. I just think they're both amazing.” She goes on to say, “ I also love [Amy] Klobuchar and I love [Kirsten] Gillibrand.

She goes on to express her opinions on some of the male candidates running and took aim at Bernie Sanders and Joe Biden.

“It makes me sad...that Bernie and Joe are polling so much higher than these women and I know that dog whistle," she said. "It's even women who are afraid to vote for women."