Roger D'Arcy Releases "Fool Me Once" 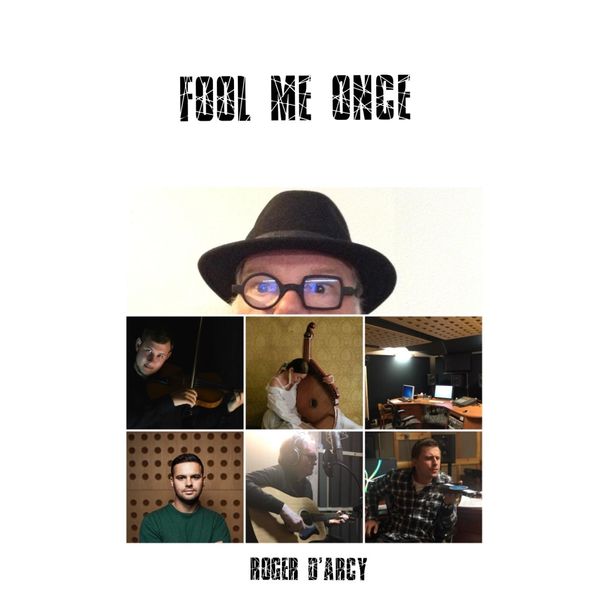 As part of a two- year project, singer/songwriter - Roger D'Arcy is creating his third collection of original music - following the critically acclaimed Crooked Tales (2016) and House of Heads (2017)

The new collection is being released as a track a month and currently has the working title of The World Recording Tour.

Each track stands proud and alone due to the fact that the songs in the collection are being produced, recorded and mixed using local musicians and engineers in each country. Thus, each track has a unique musical perspective with local flavors and musical styles reflected in the songs - all written by Roger D'Arcy and published by his longstanding Longsongs Music company.

Ultimately, the recordings will be revisited and compiled into an album collection by the project's executive producer, Pieter Snapper (who also produced, mixed and mastered Crooked Tales and House of Heads) at Babajim Studios in Istanbul, Turkey - which D'Arcy designed in 2009.

"Fool Me Once" was recorded at Le Doyen - a brand-new three-room facility in May 2019 in Kiev, Ukraine and was produced, recorded, mixed with overdubs and mastered by Oleg Kulchytskyi - Chief engineer for Le Doyen studios in a facility originally designed by Roger D'Arcy in 2001.

Previously the building was an old Soviet-era film processing plant on the edge of Kiev.

Guest musicians included Viktor Alferov (drum programming Oleksandr Sviet (viola) and, uniquely for music of this type a traditional instrument - the bandura was played by the premier musician for this unique instrument - Marina Krut.

Roger D'Arcy quotes: " One of the most thrilling aspects of the World Recording Tour is to go into one of my studios in a different country with some new songs but with no idea which one we will end up recording or how it might turn out - that and collaborating with local musicians giving each song a unique identity. Fool Me Once features the traditional Ukrainian string instrument, the bandura played here by the remarkably talented Marina Krut. The history of this instrument is epic in itself - from itinerant and mostly blind exponents in earlier centuries to their persecution and virtual extermination by Stalin in the 1930s.."

Meanwhile "Fool Me Once producer and engineer Oleg Kulchytskyi - quotes:
"The pleasure of working with Roger inspired all project participants to boldly break the country-style pattern with the embodiment of Ukrainian folk instruments. The inspiration is still underway and we are waiting for a new song from Roger. in the sound stream of thoughts.
Fool me Once is music for visual representation, both in cinema and in the sound stream of thoughts"

Widely acclaimed as one of the best sound studio designers in the world - Roger D'Arcy is recording this third collection in different studios around the world - all studios which he has designed including projects by the world-renowned Recording Architecture - the company that D'Arcy founded in 1987 and which was closed in 2012 upon publication of the best-selling RA: The Book so that D'Arcy could devote more time to his first love - creating music - something he had put on the back burner while running Recording Architecture.

RA specialized in creating wonderfully unique creative spaces for artists that include Annie Lennox, UB40, The Cure, The Waterboys, The Kinks, Sade, Bryan Ferry, Ian Anderson, Ronnie Wood and hundreds of other clients all over the world. D'Arcy continues to design a handful of studios each year for past clients.

Other countries visited during the "World Recording Tour" project so far include Ireland, Greece, India, and Ukraine - while plans are in progress to record in the USA, the UK, Russia, Spain and eventually winding up in Turkey. A month ago, D'Arcy released the first track from this collection and that was recorded in Israel.

Meanwhile, watch out for news of Roger D'Arcy's "Virtual World Tour" as he hosts a series of internet live concerts broadcast from some of the hosting studios and countries - again - using local musicians to recreate the tracks and, of course, bring a different flavor from each of the concerts producing a totally unique experience for the audience.

Beechpark Studios in Dublin is the first venue confirmed to host a live performance on the Virtual World Tour in October. Others will follow.

For more on Roger D'Arcy and his music please visit:
http://www.LongSongsmusic.com