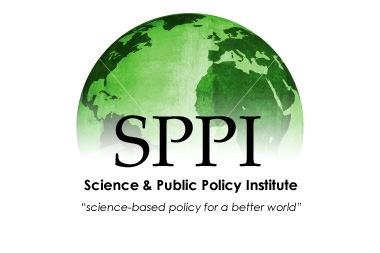 A new paper by the Science and Public Policy Institute (SPPI) explores recent revelations of the commercial links and associations of IPCC Chair Dr Pachauri, including his direct involvement with carbon trading as advisor to the Chicago Climate Exchange and as chairman of its Indian subsidiary.  SPPI is a Washington, D.C. non-profit research and education organization.

In Dr Rajendra Pachauri and the IPCC – No Fossil Fool, author Dennis Ambler shows that the UN Clean Development Mechanism (CDM) directly benefits energy companies in India with which Pachauri has previous or present connections, demonstrating a very clear conflict of interest with his position as head of IPCC.

The Intergovernmental Panel on Climate Change was established in 1988 to investigate the pre-determined and contentious conclusion that anthropogenic carbon dioxide emissions are causing unprecedented warming of the planet. It has delivered four assessment reports on the state of climate science and is currently preparing a further, fifth report. The first three reports were used to underwrite the political objective of carbon trading, which translated into the Kyoto Protocol, whereby developed countries agreed commitments for reducing their emissions relative to 1990.

The protocol is due to expire in 2012, which means that the legal basis for carbon trading would then end and lucrative carbon markets would be lost unless a successor is produced. The pressure continues to try and secure a binding agreement in Cancun, Mexico, later this year.

Reports Ambler, “At stake is the long-term UN agenda of wealth transfer from rich nations to poor nations. As one of the main beneficiaries, India is in the fortunate position of having the head of one of its major energy institutions, Dr Pachauri of TERI, in charge at the IPCC, a post he has held for the last eight years. During his tenure he has actively campaigned for emissions control legislation in western countries, particularly the US. On occasions this has been in private meetings with US legislators.”

One of the many unacceptable features of the CDM, is the way in which international  policy advisers, often contributors to the IPCC, and often former UN bureaucrats, suddenly appear as carbon trading consultants, in prime position to benefit from the policies they have been advocating. Says Ambler, “In a different environment this would be described as insider trading.”

Dr Pachauri has ridden the recent criticisms and vowed to stay in post until the completion of the IPCC fifth report, in 2013 or 2014. He has called for extra funding of $1 million for the IPCC to pay for spin doctors to sell the UN/IPCC message.

Concludes Ambler, “It is time for the public to realize they are being deceived on a massive scale and insist that their legislators opt out of policies which will have zero effect on climate but massive impact on their daily lives.”

The full paper can be read at: (http://scienceandpublicpolicy.org/originals/no_fossil_fool.html)