In a forthcoming paper scientists show that fear of polar bears going extinction are groundless. 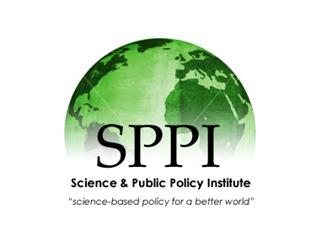 The U. S. government commissioned studies to support the listing of polar bears as a threatened or endangered species. Polar bear numbers are currently high and the population has been increasing rapidly in recent decades. Everyone likes polar bears, so this is good news. A decision to list would require forecasts that the current upward population trend will reverse. The government studies concluded that polar bear populations would decrease substantially.

Three scientists, J. Scott Armstrong of the University of Pennsylvania, Kesten Green of Monash University, and Willie Soon of The Harvard-Smithsonian Center for Astrophysics, audited the government studies to assess whether they were consistent with forecasting principles. Their paper, “Polar Bear Population Forecasts: A Public-Policy Forecasting Audit,” has been accepted for publication in the management science journal Interfaces. It is the only peer-reviewed paper on polar bear population forecasting that has been accepted for publication in an academic journal.

They concluded that the government forecasts were based on false assumptions and their polar bear population forecasts contravened many principles for scientific forecasting. Indeed, the reports followed fewer than one-sixth of the relevant principles. Given the importance of the forecasts, all principles should be properly applied. In short, the government reports do not provide relevant information for this decision.

Research shows that for issues such as the population of polar bears—situations that are complex and where there is much uncertainty—the best forecast is that things will follow a “random walk;” in effect, this model states that the most recent value is the best forecast for all periods in the future. Because the polar bear population has been increasing over recent decades, however, a continuation of that trend over the short term is possible.

Text of Armstrong, Green and Soon’s forthcoming paper is available at http://publicpolicyforecasting.com/.