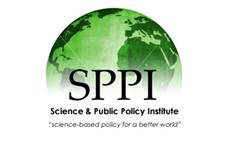 At the open request of Rush Limbaugh, the Viscount Monckton of Brenchley has calculated that Energy Secretary Chu’s modest proposal to paint all the world’s roads and rooftops white would cost $17 trillion this century, and would cut global temperature by just 0.2 Fahrenheit degrees, reports the Science and Public Policy Institute (SPPI)– a Washington, D.C. research organization.

“Steven Chu, like the Chattanooga locomotive whose name he proudly bears, is all steamed up about nothing, exists in a previous century, goes slowly and pointlessly backwards and forwards over the same ground, pulls a lot of fellow-travellers and baggage along with him, makes scary hooting and howling noises from time to time, keeps on missing points, is invariably late, and needs massive Federal subsidies to keep the whole show on the rails.”

Monckton’s rather humorous written response, answering an on-air question from Rush Limbaugh, pokes gentle but scientifically-accurate fun at the Energy Secretary’s proposal. He says, “The Chu-Chu’s gravy-train will soon be tipping into the gulch.” And he’s done the calculations to prove it.

Monckton also costs out for Limbaugh the Waxman/Markey Climate Bill. To prevent a “global warming” of only 1 Fahrenheit degree, he says, we must forego the emission of 1-10 trillion tons of CO2. Waxman/Markey declares that CO2 emissions in the US in the year 2050 will be cut by five-sixths of today’s 5 billion tons. That would prevent just 0.0005-0.005 Fahrenheit degrees of warming a year – or 1 F in 200-2000 years – at a cost of $180 billion a year.

Says SPPI president, Robert Ferguson, “According to Monckton’s calculations, cutting ‘global warming’ by the 7-degrees F that the UN predicts will happen this century would cost $250-2,500 trillion. That is beyond expensive, particularly when you find that ‘global warming’ is not happening anyway.”