Snowstorm to Impact 40% of U.S. Population 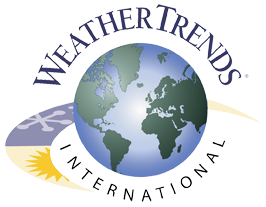 A whooping 40% of the population will be impacted by a complex winter storm which will spread a wide swath of accumulating snow and ice across the Northeast starting early tomorrow and into Sunday morning. Snow, ice, and rain arrive in the Mid-Atlantic early Saturday morning and heads into the Northeast through the day. A widespread swath of 6-12’’ is expected along interior parts of the Northeast, mainly to the north and west of I-95. The precipitation will taper off Sunday morning in the Mid-Atlantic states and later in the day Sunday across northern New England. Parts of northern New England, including New Hampshire and interior Maine, could see between 1 to 2 feet of snow.

For the major cities from Baltimore to New York City, a period of accumulating snow on Saturday will mix with sleet and maybe rain later in the day. Accumulations of sleet and snow should be on the order of 1 to 4’’ in these major cities, maybe slightly higher in New York City. As warmer air lifts northward, a transition to all rain late Saturday night/early Sunday morning is likely.

The Ohio Valley and Northeast will be negatively impacted throughout the day on Saturday as consumers hunker down at home during the storm. This will be a large negative for retailers as this is the 2nd to last weekend before Christmas. Consumers will be forced to consolidate trips for gift purchases due to the inclement weather, reducing opportunities for retailers to lure consumers in for extra gift purchases. Online shopping will be the popular mode of shopping this weekend in the Northeast and retailers with an online presence will be wise to offer special 'snow day' promotions to make up for lost in-store sales. This storm comes on the heels of a wintry weekend last week when snow and ice curtailed shopping trips on Sunday in the East. This included  a total of 8.6'' of snow in Philadelphia which was more snow than the city received in the entire 2012-2013 winter season. After this weekend, there's only one more weekend left before Christmas, but we'll still be in a stormy pattern with the potential for more snow, which would really dampen retailer's spirits this holiday season.

On the bright side, grocery and big box stores will see a surge in traffic today as consumers stock up for the weekend storm. Shovels, ice scrapers, ice melt, snow throwers, snow toys, and staples like milk, bread, and eggs will be popular items. Store traffic will be reduced on Saturday, but traffic may recover some by Sunday afternoon at least in the Mid-Atlantic states.

About Weather Trends International The global leader of actionable year-ahead business weather guidance for retailers, manufacturers, pharmaceutical companies, agricultural firms, financial analysts and now consumers worldwide.  Clients include some of the world’s most respected and successful companies like Wal-Mart, Kohl’s, Target, AutoZone, Anheuser-Busch, Johnson & Johnson, Clorox, Coca-Cola, 3M, JP Morgan and over a hundred others.  Its business-centric weather solutions and understanding of how consumers respond to the weather is used throughout organizations to help "manage the weather risk”.  Utilizing technology first developed in the early 1990s, Weather Trends International’s unique statistical math-based trade secret formula forecasting methodology projects temperature, precipitation and snowfall trends by day and week a year-ahead for 6.4 million locations in all 195 countries with industry leading 85%+ accuracy.  WTI is recipient of 12 business and technology awards including #5 on Forbes Magazine’s list as ’s Most Promising Company.  Offices in ,  and   Visit www.wxtrends.com or www.wt360.com for more information.