The Tax Advantages of Your Own Insurance Company

Captive Insurance Companies Help You Manage Your Own Risk 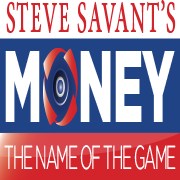 There is little question that the tax implications of owning and operating a captive insurance company will be significant. For most organizations, the decision to insure through a captive versus a combination of traditional insurance and self-insurance is significantly influenced by tax implications. Many organizations first discover this difference in tax impact from a captive promoter—especially when the tax impact is significant in a way that is beneficial to the potential captive owner. However, if your only motive in forming a captive is to gain some tax advantage, you would be well advised to reconsider. must pay claims if they are incurred, and so on. If, however, your operation is little more than a shell organization designed to provide predictable tax deductions, you should plan on an expensive and uncomfortable series of interactions with the regulators. If you ever receive different advice than this, please get a second opinion before making any commitments.

As I point out throughout this book, there are many legitimate reasons for operating a captive. In order to do so effectively and without raising the scrutiny of the IRS and insurance regulators, you must operate your captive like an insurance company. Your captive must be appropriately capitalized; it must underwrite and actually transfer and distribute risk; it