MaxiAids Products for Independent Living is proud to unveil its handpicked lists of accessible gifts for the blind and visually impaired for the 2014 holiday shopping season.

Leading Industry Expert, Kristan Cole who is Vice President of Mega Agent Expansion for Keller Williams Realty will be a featured guest speaker on a Pro Step Marketing sponsored webinar on Mastering Your Seller Lead Generation

In 1998 there was a new take on college football rankings. It was known as the BCS, Bowl Championship Series. Many people had there fair share of issues with the system noting that there was always going to be a team that drew the short straw and ...

Take advantage of the remaining games to see Peyton Manning play live while you have the chance.

From protecting wildlife to overcoming disabilities and bullying, retired professional singer Lisa Batch (aka Lisa Manning Batchelder) wants to teach children valuable lessons through her books, but mostly she wishes to entertain them.

Some of the Noble work done by Gus Drakopoulos

"A philanthropist and a class-apart event coordinator and manager, Gus Drakopoulos is a fine individual who has helped society in so many ways."

Mark Birnbaum- The Man Who Took the Standards of the Hospitality Industry to a new Level!

"Mark Birnbaum is a renowned name in New York’s hospitality industry. He has played a major role in the successful transformation of one of New York’s most exclusive and famous areas; the meatpacking district." 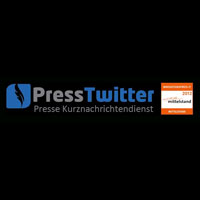 Biotulin: Bio instead of Botox®*

Future Electronics has announced immediate availability of the Evaluation Kit and Wi-Fi Module for SN8200 Transceiver from Murata.

Soft System Solution - a name of excellence in digital marketing

Soft System Solution is a company known for getting the best and fast results for their clients in Pay Per Click, Search Engine Optimization and Reputation Management